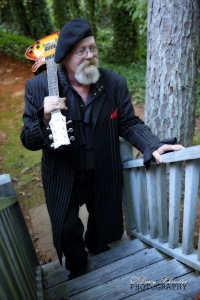 Qoute
“In the current state of the auto-tuned, computer generated music industry there’s very little to get excited about. However every once in awhile; an album such as “Found My Way Home” from Al Stone sneaks in and rejuvenates our hearts and souls. This EP is real music played on real instruments by an excellent musician. Al Stone is a master story teller whose voice ranges from soothing to playful. I’m glad Al found his way home because we’re allowed to tag along with him for the journey from “Bluesiana” to Chicago! —-Crystal Myth Owner, Mojo Radio Host of “My Jaded Remedy””

Qoute
Quote By; Sheldon Snow "I get the seven year itch, only in my case it's for new music. Al Stone's first studio effort since 'I Want It All', Al Stone delivers the perfect scratch with 'Found My Way Home/The Chicago Sessions".

Liner Note from CD
Al Stone - I Want It All

Music: it evolves and changes. Musicians: they grow old and die. What never changes is: The Muse. Al Stone has just that, a guiding spirit that is a source of inspiration. Both the muse and the music are in him, and those tunes have to come out. But, what is the point?

I mean, there used to be 200 bands and 5000 clubs in which to play. Now, by 2010, it’s the other way around. With digital recording, everyone has a CD out there; the competition is exponential! Why keep pounding the pavement and one’s head? It certainly can not be for financial reward.

“Ain’t nobody getting rich in the Blues,” is a commonly heard expression, and Al Stone can attest to that. So, it comes back to The Muse. Al Stone has a love and dedication to making great music that leaves him no choice. He has to write, sing, play, and perform. You will hear music from the heart not the head, and passion not perfection – like the Blues should be recorded. And, the Blues fans everywhere are better off for it!

What you hold here is a great compilation and collaboration of Blues-Rock and Blues from the heart and soul of Al Stone and mates. These songs began percolating in the brick, concrete, grit, and hustle of his youth in Chicago and have steeped in road travels, jams with masters, fellow artist encounters, and multi faceted experiences across a storied life. Al Stone wrote them, and he has lived them. It is our privilege to enjoy them.

Al Stone Approved
A DJ ZED APPROVED BLUES MEGA ARTIST!!!!Al Stone is the man check him out and support the blues there would not be any metal rock or thrash if there was not the blues,, and this guy is the real deal

Qoutes from industry professionals
* QUOTE: FROM , SAM VEAL
Executive Director / Sponsorship Marketing
SPRINGING the BLUES, Jacksonville beach, FL.
* Al Stone is a terrific Blues artist that flies under the radar, except when he is on stage tearing it up ! ! *

"Quote From; D.J., Terry Knott http://roadrashbluesshow.podomatic.com/ a syndicated radio Show "Al Stone to me, is a man that embodies the very essence of Blues & Blues/Rock Holding on to it's traditional values set by the likes of Cream, The Jeff Beck Group who spun The Blues in to the world wide phenomenon that it is today. Al is true to the values and quality and if that wasn't enough. Al is one of the nicest men in the business" "
— Terry Knott, Road Rash Blues Show

Al Stone Tour 2012
Things are heating up, with Al Stone being played featured, and interview, on many radio stations Also Al Stone is, being asked by fans to come play in city's like; Austin TX, Chicago IL, California,and New Orleans, just to name a few. Don't be left out. Al Stone is Adding Show dates for 2012 NOW !!

Al Stone on CD baby
Al Stone has releast his CD " I Want It All " for digital down loads on CD baby http://www.cdbaby.com/cd/alstone3

Al Stone, interviews
Al Stone, is an artist that hails from South Side of Chicago Illinois. I first saw Al at a sold out show in Chicago south side. This guy is a true artist in every sense of the word. I had a chance to do an interview via email with him and here it is.
How is the biz treating you right now?
Al ; Well I just got inducted into the Blues Hall of Fame and ambassador to Jacksonville, Fl. , Also received a certificate as Artist of the Month , by Melodic Revolution a company that I donated one of my songs to for a Haiti’s relief fund , charity CD , And am receiving good reviews, and radio features , with my release “ I Want It All “. What more can a Blues Player ask for, not to forget support by Blues groups like; “ Friends of the Blues “ in Kankakee IL., And “ Chicago Blues Kathy music society ” . To me That is a special , and great thing , to be excepted by Blues lovers , as you know I have tendency to kick it up a bit when I perform .

You live in Jacksonville Florida how did you make the transition musically? What I mean to ask is how different is the Chicago scene from Florida?
Musically, Moving to the south , has greatly expanded my music approach , there is a Honky Tonk influence in my Playing , that is definitely from down here in the south, and I think , I have layered it on top of that Chicago Blues thing that I was exposed to in my early years.
As far as places to perform , there are some great Venues here in the south, and I think Chicago, and South, FL. are about the same when it comes to all that .

I would like to congratulate you on your latest released. Your new CD “I want It All” contains some exceptional music. “The Captain” is my favorite. Can you give us some insight into how it came about? Tell our readers a little bit about how you approach your songwriting. Where does the inspiration come from?
Thanks Gator, Lets see The Captain, was a song that just came to me, as I sat on a beach in the morning time about oh 6:00 AM , I saw another person walking and I was wondering what they might have been thinking about , and wrote it down and that is that. See Gator, a lot of my songs just come to me , its like I visualize them in my mind before I ever write them down, I can see the guitar parts being played and the words all at once, kind of in a Flash like picture frame. Strange I Know, but that is how most of my songs are done .
What is a typical day like for Al Stone?
Nothing ever Typical for me, It could be rehearsal, writing , Phone calls, never know till I get there .


Where are some of your favorite clubs to play located?
I prefer festivals, but there is some thing to be said about the intimacy of a club , that goes a long way with me . As far as favorite I have to say , the Clubs on my June schedule are in Chicago and South Fl. And are all of my Favorites oh and here is a link to see them http://www.artistdata.com/al-stone/shows/ or you can find them on http://Alston blues.com

Thanks Al see you in June.
Thanks Gator