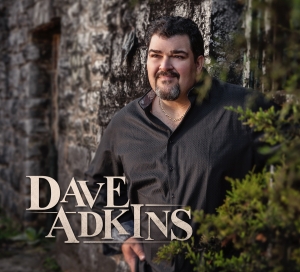 New Single Release from Dave Adkins
The first single from the upcoming Dave Adkins album on Mountain Fever Records is available on iTunes today! “Change Her Mind” has already proven to be a hit with radio programmers and is just a sampling of what’s to come on the self-titled album due for release February 26th.
“Not only does Dave Adkins have a voice that is instantly recognizable, he knows how to sing a song. With the release of his latest single, ‘Change Her Mind,’ Dave expands his singer-songwriter arsenal with a well-penned tune revolving around the hope of saving a love that is ready to die. With Dave’s unmistakable hard-driving vocals, and an outstanding line-up of musicians, ‘Change Her Mind’ is putting the bluegrass world on notice that Dave Adkins is ready for his time in the spotlight.”
Rita Small and Tim Strong, Bluegrass In The Valley, WOBO 88.7fm, Batavia, Ohio

“The new single by David Adkins is rock solid with great harmony, great pickin’ and David’s lead sounds good as ever. I’m really looking forward to the release of his new project.”
Charlie Hall, The Bluegrass Express. 100.7fm WCYO

“Like a breath of fresh air on a cool mountain morning ‘Change Her Mind’ the latest single from Dave Adkins is clear, crisp and new. In a world where music often becomes formulaic, this is totally Dave Adkins!”
Judith Burnette, The Blue Ridge Backroads Show; WBRF; Galax, VA

“Kentucky singer/songwriter, Dave Adkins, has a hit on his hands with the first release from his upcoming self-titled solo project. ‘Change Her Mind’ is a great uptempo song that will keep listeners from changing their radio station or forwarding their cd player. In fact, it is a song you will want to hit the repeat button…several times. Looking forward to seeing what other gems the Elkhorn City native has in store for us. Great job, Dave!”
Mike Kelly, 96.7 Merle fm. WMYL

“David Adkins has done it again; He has written an instant classic. ‘Change Her Mind’ is a great song that will be a lead for another great album from this fresh singer-songwriter and friend of bluegrass.”
Ken Cartwright, Program Director of KYAC FM and Host of Ken Till Ten.

“Since the first time I heard ‘Pike County Jail,’ I’ve been hooked! The brand new single, ‘Change Her Mind,’ is everything I expected and it’s been on repeat all evening! From his powerful vocals and original material to his high energy live shows, Dave Adkins is the real deal! I can’t wait to see what’s next!”
Ira Crawford Twin Oaks Park, Hoboken Ga.