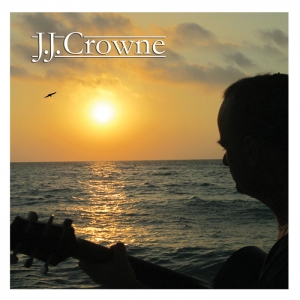 2011 Indie CD Of The Year
It’s been quite an eventful year for J.J. Crowne. His debut album “Songs Of Innocence And Experience” was released July, 2011 and was later named “2011 Indie CD Of The Year” by IndieMusicdigest.com -- selected over 300 other entries. The album has received only excellent reviews from over 20 music publications both here and abroad, and is now available on iTunes, Amazon, Rhapsody, Spotify, CD Universe and all other major online outlets. Over 200 land and internet radio stations worldwide are now regularly airing songs from the album, including over 40 stations in the Live365.com network, KCLA FM (one of L.A.’s most listened-to Rock stations), and Arise Radio (one of the web’s most popular Inspirational stations, where his song “Finally Your Turn” became one of last year’s Top Ten most requested songs). J.J. has been featured on the Home pages of major music websites including Rockwired, Target Audience, Suite 101, Carlito’s Blog and Penseyeview; and Home page interviews with him appeared in SkopeMagazine.com, IndependentMusicPromotions.com and Junior’sCave.com, as well as several network radio interviews across the U.S.
The editors of MusicEmissions.com call J.J. “a singer-songwriter for the 21st. Century…a true troubadour;” SkopeMagazine calls him “a real deal music man;” the editor of IndieMusicDigest.com calls the album “one of the best self-produced productions I have ever heard;” Suite101.com calls it “musical magic;” MusesMuse calls it “an uplifting journey;” RocknRollView says J.J. Crowne “has clearly mastered his craft; and DJ ‘Uncle Earl’ of KCLA FM (Los Angeles) says “What the world needs – more J.J. Crowne… WOW!”