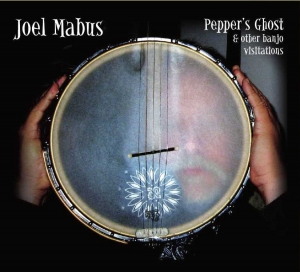 
“It's hard to imagine another artist on the folk scene who combines the same concise, deceptively understated, lyrical insight and sometimes devastating wit with such world-class instrumental prowess.”
– MUSICHOUND FOLK

“My profuse thanks for sending me a copy of your masterpiece, "The Banjo Monologues," one of the most fascinating projects I've ever heard... It's rare in this day and age when everybody and their brother is churning out one CD after another to encounter something that is truly original. "The
Banjo Monologues" is one of those wonderful rarities.”
- DAVE HIGGS. NASHVILLE PUBLIC RADIO, BLUEGRASS BREAKDOWN


Folksinger, instrumentalist, songwriter & teacher — Joel Mabus has been a force on the acoustic music scene for thirty years. He has headlined at major festivals, toured the folk circuit throughout North America, recorded 19 solo albums to high acclaim, and taught guitar, banjo & songwriting at the major music camps.