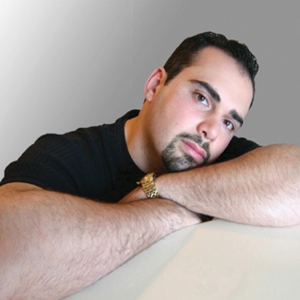 Ray Melograne’s Biography
From a young age, I've always had two passions in my life: the Lord and music. I started writing worship songs in the church at the age of 12 and continued to progress until I became a worship leader. I also studied music education in college, and became a music teacher in the public schools. Both of these experiences were very rewarding, but I couldn't help but feel that there was something more that I should be doing.
While leading worship, I recorded a CD of several of my original worship songs. During this time I realized my love for recording, producing and sharing the music the Lord gave me with others. I also started writing and performing more contemporize Christian songs. These songs came out of various experiences I've been through and impressions the Lord has given me. I saw that people (saved and unsaved) related to the experiences conveyed in these songs. This led me to start a new ministry, traveling to various venues sharing my testimonies through song. It also caused me to start two more CD projects.
While launching this ministry, I met a missionary named Mike Bartel. He has a vision to help girls, here in the North Eastern United States, who were victims of human trafficking. He wants to build a place that can house and rehabilitate these girls while sharing the love of Jesus with them. This was the latest piece of the puzzle that the Lord revealed. God called me to partner with Mike Bartel's ministry by raising awareness at each of my musical events and donating a portion of my new CD sales to his ministry.