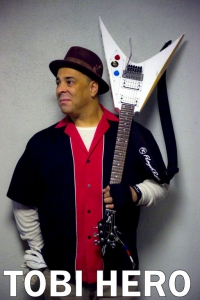 Bessie Munson, Tobi Hero’s grandmother grew up on a farm in East Texas where she originally learned to cook from her mother and grandmother. She went on to gain vocational school training under her apron and began giving cooking demonstrations for Lone Star Gas during and after World War II. She eventually was able to open her first restaurant in 1948. She was a protégé of both the late Lucille B. Smith of the Fort Worth Vocational School and Helen Corbitt of Neiman-Marcus fame (the first woman to receive the Gold Plate Award, the highest honor in the food business). Several Corbitt recipes are still on the Neiman-Marcus department store’s menu including her famous Poppy Seed Dressing.
Learning from some of the best, combined with her own culinary skills led Bessie Munson to a diverse and distinguished food career resulting in international fame. She catered affairs attended by Rock Hudson, Loretta Young, the Duke and Duchess of Windsor and many other well-known entertainment and high society members. After returning to Fort Worth in the 1960’s, Bessie Munson wrote “Bless the Cook”, which resulted in her own cable cooking show in Dallas, TX. The show, which ran from 1981 to 1986 not only featured her well known recipes, but her restaurants. A major accomplishment for a woman in her time.


Forth Worth juke joint owners who were personal friends of Ms. Bessie had some of their friends play at her restaurants from time to time. Some of the biggest names in Jazz and Blues played at Bessie Munson restaurants including Charlie Parker, Dizzy Gillespie, Lionel Hampton, B.B. King, Muddy Waters, Ornette Coleman, Bernard “Pretty” Purdie and many more. Bessie Munson was an award winning restaurateur, television host, visionary, beloved entrepreneur and Chef. The second edition of “Bless this Cook” was published in 1980 and limited editions are available exclusively at Soul Food Online http://blessthecook.soulfoodonline.net
Being the grandson of Bessie Munson and third cousin legendary bluesman King Curtis influenced and enhanced the musical career of Tobi Hero in ways we can only imagine. His life from the cradle until today has been filled with some of the best Jazz and Blues music in American Music History, music which he experienced LIVE and Unplugged. Tobi Hero has been performing professionally since the 10th grade and has never looked back. His first band “Brainchild” during his high school years included a 9th grader named Ethan Allen(Bass) Greg Corrales(Drums/Security Guard From Muir High) and Dave Hayes( Keys) of Cal Tech.
His second band “ Caution” was a Jazz / Metal Fuson band out of South Central Los Angeles featuring Martin Anthony Fawcett on( bass) and Brian Corbett on drums. Although the band only lasted two years (1986-1988 it was hailed as a super group during that time period.
In 1989, Tobi Hero met legendary James Bradley, Jr at Bluebird Studios where Bradley was rehearsing with another group. The meeting resulted in the band “Put on Ice” featuring Bradley, bass player Moses Ingersoll III, Stanley Butler, Ricky Ricardo Jr and Tobi Hero.


From 1990 – 1994, Tobi Hero sharpened his musical talent while playing various restaurants in the San Gabriel Valley while continuing to write and perform with well musicians. It led to concert promoters tapping Tobi Hero to open concerts and other large arena events to entice larger crowds.
Today, Tobi Hero and The All Star Band have earned the nickname "The Los Angeles Super Band" for the diverse members who are some of the biggest names in the entertainment industry, who are or who have played with some of the biggest names in music history. It is not uncommon to see Dennis Chambers (Santana’s drummer), Gary Grainger (George Duke’s bass player), Delmar Brown (Sting’s keyboardist) and Ornette Coleman (one of the major innovators of the free jazz movement) playing with Tobi.
Due to the well known status and diversity of the band members, Tobi Hero and the All Star Band are a marketing mega for any venue; especially casinos that have a lounge or supper club on-site who have a huge influx of patrons on a regular basis. And, you never know what mainstream celebrity may pop in to see the show or play with the band. From a business perspective, this marketing strategy has proven successful many times over.
Featured with Tobi Hero and the All Star Band is "D J Battle Cat" a well known hip-hop producer for such acts as Snoop Dog, The Game, Xzibit and others. He is also a well known associate of DJ Qick, a musical child prodigy who is a well known MC and record producer himself. Battlecat is a legendary DJ member of The Worldwide DJ organization. During intermission DJ Battlecat fills in for the band by spinning some tunes for the audience. Some of Battlecat’s own artistic infusion can also be heard during some of the performances by Tobi Hero and the All Star Band. The Big Band Era may be gone but Tobi Hero & the All Star Band are here. A modern day big band that will give your patrons something to talk about, and talk about it they will.
--------------------------------------------------
Tobi Hero & The All Stars @ NAMM 2010: