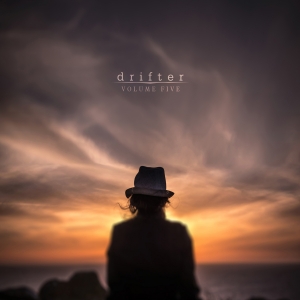 In 2017, Volume Five was honored with two International Bluegrass Music Association (IBMA) Awards. They received the Emerging Artist of the Year Award that features the extraordinary talents of lead vocalist, fiddle player and band leader, Glen Harrell who is joined by Colby Laney on guitar and vocals, Patton Wages on banjo and vocals, Chris Williamson on bass and vocals, and aspiring young talent, Jacob Burleson on mandolin and vocals. They also received the prestigious the Song of the Year Award for “I Am A Drifter” written by Donna Ulisse and Marc Rossi. The song appeared on Volume Five’s Billboard Top 10 album Drifter.

Volume Five was founded by fiddler and vocalist Glen Harrell in early 2008 and has now grown into one of bluegrass music’s most unique new acts. “When I put this group together, I knew the style of music I wanted us to play and the goals we wanted to achieve. It was just a matter of finding the right guys who wanted to create their own identity in the industry,” said Harrell. That band includes the talents of Harry Clark (mandolin & vocals), Chris Williamson (bass & vocals), Patton Wages (banjo & vocals, and Colby Laney (guitar & vocals). These five musicians together truly blend into a band with staying power. V5 has proven just that with their previous recordings on Mountain Fever Records. In 2014 they garnered two International Bluegrass Music Association (IBMA) nominations; Emerging Artist and Gospel Recorded Performance for their album The Day We Learn To Fly. In 2015 they received another nomination for IBMA's Emerging Artist of the Year and a GMA Dove Award Nomination for Bluegrass Song of the Year for "Daddy Was An Old Time Preacher Man," a song appearing on their Voices album.