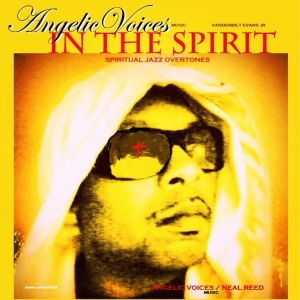 American Composer Vanderbilt Evans Jr, the producer known as AngelicVoices, is the founder and principal composer at AngelicVoicesMusic.

A singer's paradise, AngelicVoicesMusic reflects BJ's Evans anointed gift, talent and skills for composing music that singers love. A child prodigy, Evans has created music his entire life, since he was a small child. The son of a pastor, Evans draws from his early experiences in the church to build upon a solid foundation of soul stirring musical excellence to produce music in every genre.

Evans met G-Unit AR/ and Bad Boy A&R Willis June Bell and started working with Bad Boy up and coming artists from 2011/2013. His unique musical style landed him a spot at "I Standard"- a producer showcase at Webster Hall NYC. The judges were top engineers and A&R in the music game from super producers Grand Music and Buda the Future (g-unit Alicia Keys Beyonce), Grammy award engineer Ryan West (Beyonce ,Brittney Spears) and Legendary Producer Rottwillder (Missy, JayZ ). The judges were impressed by his technique to mix complex beats and rhythms.