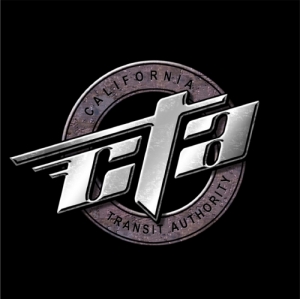 California Transit Authority (CTA) is drummer Danny Seraphine's trip back to the future, effectively tipping his hat to his past with his feet firmly planted in the here and now. Aptly titled 'Full Circle', CTA's debut album brings Seraphine back to his roots.

Rated by the legendary Buddy Rich as one of his favorite young drummers, Danny Seraphine was a founding member of the multi-platinum album selling, Grammy award-winning band Chicago; helping to produce 18 gold and 13 platinum albums, 50 Top 40 hits, including 20 Top 10 singles and 5 number ones.

It was after conversations with his friends -- composer and musician Peter Fish, as well as from DW Drums, Don Lombardi (Chairman and Founder) and John Good (Vice President) -- which started Danny thinking about forming a band. Guitar wizard Marc Bonilla and Seraphine initially put a band together to play for several charity benefit shows. The response was so overwhelming that they decided to get serious and put a full 70-minute set together and so "CTA" was born.

California Transit Authority (CTA) is drummer Danny Seraphine's trip back to the future, effectively tipping his hat to his past as a founding member of Grammy award-wining band Chicago with his feet firmly planted in the here and now. Aptly titled FULL CIRCLE, CTA's debut album brings Seraphine back to his roots.

While CTA revisits early Chicago classics "I'm A Man," "Make Me Smile" and "Colour My World" on FULL CIRCLE, CTA isn't just a nostalgia trip. For example, "Make Me Smile" has been transformed into an instrumental, with Bonilla recreating the vocal lines on guitar. In addition, the guitarist has also re-imagined many of Chicago's classic horn parts on his guitar. Another twist is vocalist Braggs, the voice of Tower of Power since 2000.

Aside from the re-workings of the Chicago tracks, FULL CIRCLE revisits Bonilla's "Antonio's Love Jungle," which is given new life as Seraphine's human touch replaces the original's drum-machine rhythms, as well as "Something Different," the Cannonball Adderley track composed by a young Chuck Mangione. A new original track, "Several Thousand," features guest vocalist Wes Quave.
10
What's This
Advertisement