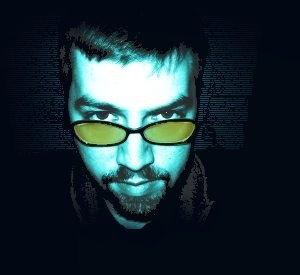 Introduced in 1994 as one of several experimental audio projects of Jeff Danos, TESTUBE wasted no time in developing a reputation as one of those rare electronic acts with a surplus of unpredictable and innovative ideas, and a knack for stylistic reinvention.

After several self-released cassette/CDR releases on his own United Endangered Front record label from 1995 to 1998, TESTUBE followed in 1999 with his first widely distributed and highly successful Bioplaza concept disc. Quickly capturing the attention of deejays, the music media, and discerning listeners across the globe, TESTUBE was signed to DSBP RECORDS in late 1999 to release the full length remix disc Reconstructive Surgery in 2000. Featuring diverse remixes by PAIN STATION, BIOPSY, TRYLOK, B!MACHINE, THINE EYES, ONEIROID PSYCHOSIS and other innovative electronic artists, Reconstructive Surgery quickly infected clubs and radio stations across the globe.

After three years of obsessive studio immersion, intense sound manipulation, and frustration with the direction of modern music, TESTUBE then presented the highly controversial CD titled Corporation. Offering an inside look at the dysfunctional clockwork of the "American Dream" and its dependence on corporate anti-justice, TESTUBE's sound crept even further into a gray area that knows few stylistic boundaries or limitations.

The current incarnation of TESTUBE mixes glitch-laden precision edits, experimental rhythms, disfigured melodies, and multi-layered electronic textures to render a unique sound experience with few comparisons. Armed with a plethora of tech-bending ideas and a hunger to re-instill the values of individuality and improvisation in an often languid music scene, TESTUBE is focused on presenting both a captured and live experience like no other.