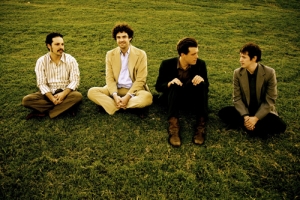 Beaufort lives in a house with his (mostly adult) brothers and sisters, all similar in age, all musicians in some capacity. Their fictional world of musical siblings and other characters serve as the backdrop for King Wilkie Presents: The Wilkie Family Singers, the newest release from King Wilkie.

Follow Rosemary, Symbaline, Walt, Dusty, Beaufort and the rest of the Wilkies as they try to understand their innermost inspirations and what has driven them into such an unconventional living arrangement…
3
What's This
Advertisement