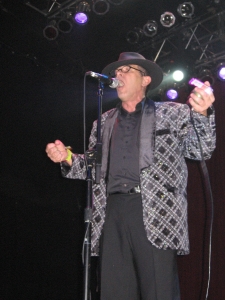 Blues Gone South is rooted in the tradition of early 20th century blues fueled by the energy of the new millenium. The excitement created by the front line, along with their unique originals tunes, makes this show far above that of a typical “blues” band.

This group has shared the stage with such legends as Taj Mahal, James Cotton, the popular Blues Traveler and The Fabulous Thunderbirds just to name a few.

Pat Hurley on guitar puts the icing on the cake. Be ready to shake a tail feather! He is identified as “Among the better of the blues artists.

We have added Tommy Sebastian on keyboards is an added treat.

The band’s rhythm is laid down by the Rob Secendorf on bass and the Legendary Kofi Baker on drums, (Son of Ginger Baker) one of the most respected players in the industry.