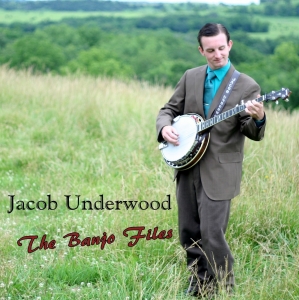 New Single - Only Forever
9/24/2018 - Plum River Records is proud to announce the release of the first single from an upcoming album by Jacob Underwood. The single is a bluegrass version of a 1940s Bing Crosby hit, "Only Forever." The song features Jacob on Vocals, Guitar, Banjo, Mandolin, Fiddle, and Bass. The album, "As Time Goes By" will feature bluegrass versions of 1930s-1950s Pop hits, and it set for release later in 2018.

New Single from Jacob Underwood
Plum River Records is proud to announce a new single release, "B-5" from an upcoming banjo album by Jacob Underwood. The tune was written by Jacob (Banjo & Guitar), and also features Sierra Hull (Mandolin), Ron Stewart (Fiddle), and Matt Wallace (Upright Bass). The entire album is set for release before the end of the year. Other guests on the project include Steve Thomas, Greg Underwood, Mike Scott, Tim Crouch, and Justin Moses.