Paco - The Magic and Wonder of Christmas 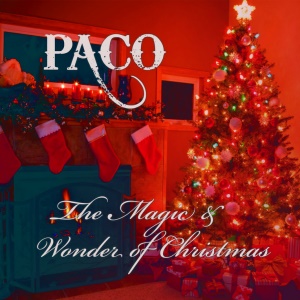 Click here to return to The World Of Paco

THE MAGIC & WONDER OF CHRISTMAS
As the true spirit of Christmas is reflected through children...from the Christ Child sleeping peacefully in the manger to the beautiful faces of our own children as they radiate the joys of Christmas morning. I take special pleasure in dedicating this Christmas Album to my five precious grandchildren: Christian, Evan, Addison & Colby Stewart & Molly Wilson. They keep me young in heart and full of thanks for the many blessings that God has handed to me in this life.


BIOGRAPHY
To suggest that Paco has thus far led an interesting and colorful life is an understatement. After a 37-year Real Estate Career as a CEO, at age 64 he changed direction completely, to pursue a lifelong dream of singing, acting and entertaining. In sharing his dreams with others, his goal is to simply help them find more joy, peace and meaning in their own lives through music and the visual arts.

To date Paco has recorded well over 125 songs and released four full-length CD’s, including his newest Album “For Always” on January 12, 2015. He has now trained and studied professionally to refine his voice, dance, acting and modeling talents and recently enjoyed acting in his first TV and independent film productions, in addition to commercial ads and voice-over stints.

Paco is affiliated with both Bristol Recording Studios & Entertainment in Boston, where he produces his music and with John Robert Powers Agency (JRP New England) in pursuing his modeling and acting career. This February he heads out across America for three months, literally taking his new “For Always” CD & show on the road from Atlanta to New Orleans to LA.