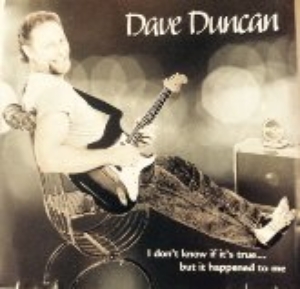 
This is the first DL Duncan studio recording made in Nashville,TN in 2000...under the name Dave Duncan

The song,Harmonica Lewinsky, was released to the public just weeks after the Bill Clinton scandal broke. It received airplay across the nation, primarily on drive time radio slots.

Duncan recorded the rhythm tracks for this album at Jack Pearson's studio in Murfreesboro, TN. Jack played some B3 organ on the record and his wife, Elizabeth Pearson , played bass guitar.

Jack Pearson was a member of The Allman Brothers band and continues to play with various Allman bandmates currently.

Horn parts were arranged by the late, great Dennis Taylor. A longtime friend of D.L.'s, Mr Taylor brought songs like "Beside Myself" and "Stop N Go Woman" to life.

D.L. honors his musical brother with a song dedicated to his memory " You Just Don't Never Know", on the 2015 D.L. Duncan album.
10
What's This