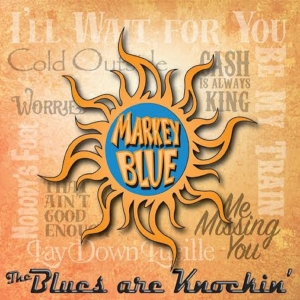 Markey Blue Song Picked up for Fox TV's Show Wayward Pines
Just announced Markey Blue's sophomore release The Blues Are Knockin' has already had 3 songs picked up for television/film placement.
Their slow blues anthem "Worries" was pick up by the Fox Sci-fi thriller "Wayward Pines" starring Matt Dillon, Jason Patrick, an Tom Stevens. Directed by M Night Shyamalan of such supernatural thrillers as Sixth Sense and Unbreakable.
To hear this song and more sure add the brand new Markey Blue channel to your Pandora favorites.