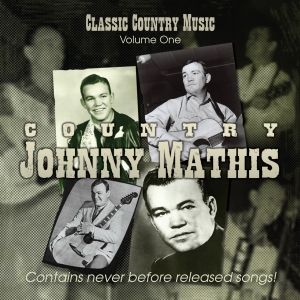 “’Rolling Papers’ is a must-see documentary about how the media and society deal with the rapid cultural shift to marijuana legalization,” said Alchemy topper Bill Lee. “The film couldn’t be more timely and we look forward to bringing it to a worldwide audience.”

It’s been two years since the death of ‘Country’ Johnny Mathis at which time fitting tributes were given by national media organizations across the nation, including a heart-warming tribute by Mike Huckabee on The Mike Huckabee Radio Show. During that time, the arduous task of transferring and cataloging the master recordings owned by Johnny’s son, John Mathis Jr., have been underway. During the process, recordings were discovered that were never released. John Jr commented, “Just when I think I’ve heard everything my dad has done, something like this pops up. What’s great about it is that it’s been like hearing him sing something new again! These are great recordings, great songs and great performances… I’m surprised they were never issued…but I’m glad! I think Classic Country fans will love them!”

Coinciding with the release of this material, a publishing administration agreement has been secured between the Creative Department at TuneCore and Avid Group Publishing/BMI regarding the catalog of Country Johnny Mathis songs. The TuneCore Creative Department will begin a new venture of music placement in film, television, etc. for these Classic Country recordings.

Johnny had been working on his memoirs just 6 months prior to his stroke in 1999 regarding his life and music career. As the target date was set for the new release of Country Johnny Mathis music, the decision was made to share these writings with Classic Country Music lovers who want to read the first-hand, behind-the-scenes accounts of what Country Music was like during the 50′s, 60′s and 70′s. The Country Johnny Mathis website now features a ‘Classic Country Blog’ section where these short stories are being shared as “Johnny’s Memoirs”. Stories regarding Johnny Horton, Roger Miller, Jim Reeves and many others have already been shared from Johnny’s Memoirs with many others to follow.

The songs of Country Johnny Mathis have continued to find new life in the music world with recent recordings by The Kenny and Amanda Smith Band (“I”d Jump The Mississippi) and Brad Davis (“Black Sheep”), both popular artists in the Bluegrass field. Two George Jones, United Artists collections were released in the past year, ‘United Artists Rarities’ and ‘The Complete Artists Solo Singles’, that contain 8 Country Johnny Mathis compositions of the 38 songs released.