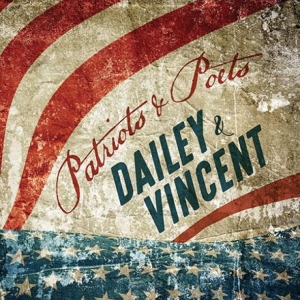 The first Bluegrass radio single, "Gimme All The Love You Got", is a high-energy, hard-driving original from the group.

The project features 16 all-new tracks that were all written or co-written by Jamie Dailey and Darrin Vincent, with a collection of energizing upbeat songs, along with slow sing-along anthems. Standout tracks on the project include the feel-good track “California” which features a very special verse by comedic and bluegrass enthusiast Steve Martin. Other highlights on the project include thought-provoking songs like, “Beautiful Scars” and “American We Love You,” all highlighting harmonies by 6-time “Male Vocalist of the Year” winner Jamie Dailey and 5-time Grammy® winner Darrin Vincent. Another feel-good moment on Patriots & Poets includes the track “Bill and Ole Elijah.”

Patriots & Poets will serve as the follow-up to the duo’s previous release, ALIVE!, which spent 15 weeks at No. 1 on the Billboard Bluegrass Albums chart. The DVD also debuted at No. 2 across all genres. Also, the hit RFD-TV program, “The Dailey & Vincent Show” is back with season one and season two of the popular variety series, now airing on Friday nights at 7:30pm ET, throughout all of 2017.
8
What's This
Advertisement