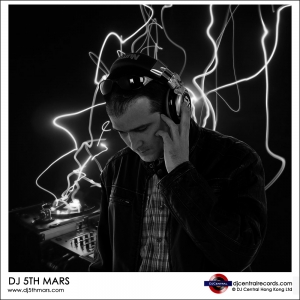 DJ 5th mars is exploding the dance music scene!
The godfather of electronic trance music has been working hard over the past couple of months by becoming a finalist for song writing competitions, dominating the social media platform and doing some epic mixes for Suzanna Lubrano.

DJ 5th Mars has been collaborating with Damien Reilly and the Blue Pie Productions Team to mix several of Suzanna’s new tracks in preparation for Suzanna’s tour of the US markets this year with SONY RED and Red River Entertainment.

The king of deep space progressive house music said, “Damien sent me Suzanna’s links and I fell in love with her voice instantly. What more can I say”

Mars promises us that some new interviews about his latest work will be released soon alongside some radio links to listen to some of his new songs for free!

DJ 5th Mars sure isn’t your typical DJ, he is a creator, a hands-on artist who has produced his own DeepSace Techno style blending Techno, Dance and Trance into a kaleidoscope of hypnotic beats and pumping vibes.

DJ 5th OF MARS RECEIVES TWO NOMINATIONS FROM THE INTERNATIONAL SONGWRITING COMPETITION!
DJ 5th Mars and his songs SONAR & ELECTROFY have both been nominated and are now in the semi-finals in the DANCE/ELECTRONIC genre for the ISC (International song-writing competition).

You can check out all the details on the competition at the following website: www.songwritingcompetition.com For all the latest news on DJ 5th Mars please visit his website and while your there check out his video at www.dj5thmars.com