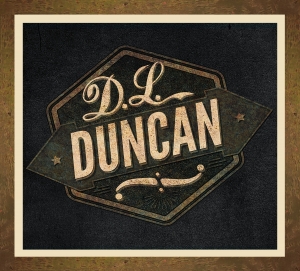 Upbeat & positive, humorous and sincere, the music jumps out of the speakers right from the 1st downbeat of "I Ain't The Sharpest Marble" and continues flowing right on thru to the final sweet slide guitar licks of "All I Have To Offer You Is Love". D.L. wails like Santana on "Dickerson Road" and rips like BB King on "St. Valentines Day Blues".

Duncan wrote 8 of the 10 songs on the recording. He plays guitars of all persuasions (electric, acoustic, resonator, dobro) and sings with conviction throughout. This new D.L. Duncan record is clearly his strongest effort so far from this relatively obscure musical treasure. It is deep American Roots Music reflected in these new & original songs by a great songwriter & guitarist... bluesy & vibrant.

D.L. Duncan has been a well kept secret for most music fans for a few years now. He has, however, developed quite a reputation among American musicians themselves.. guests on this new CD include Sonny Landreth (slide guitar), Delbert McClinton (harmonica), David Hood (bass), The McCrary Singers (vocals), and Kevin McKendree (piano).