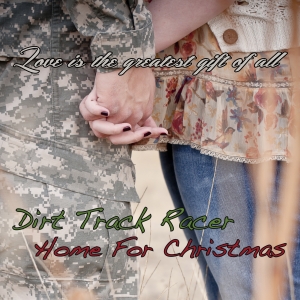 Americana Band Mobilizes the Troops
Dirt Track Racer, an Americana band from Southeastern Pennsylvania is mobilizing the troops, and the troops are each and every one of us.

“We have a new album coming out in January,” says guitarist and songwriter Geoff Hansplant, “and in celebration of that we wanted to see if we could do something really special with the music.”

So, Dirt Track Racer has partnered with the National Military Family Association, an A+ rated charity, and will release their album’s first single, “Home For Christmas,” as a digital download with 100% of their earnings donated to the Association.

“The National Military Family Association has a fantastic track record of putting money into programs and services which do the most good for our armed services members and their families,” Hansplant continued. “Since our first release from the album is a Christmas song, and is written in the vein of some of the great Christmas songs from the second world war era, it seemed fitting that we would try to do something to help out our armed service members and their families.”

So where do the troops come in? Hansplant answered, “The beauty of this, and it is something right out of the folk tradition, is that we all can take a degree of ownership of this project. We all get to contribute to the success of this, ninety-nine cents at a time. Dirt Track Racer is just the conduit. But through this song, we all get to help the folks who protect and serve our country every day of the year. We get to show them how much they are loved by each and every one of us.”