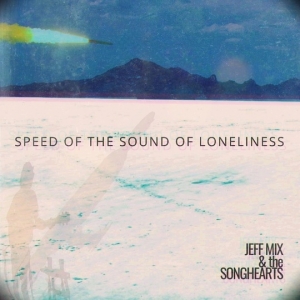 Picked as one of the best soundtracks of 2017 by Gigwise.com
With this indie film and its soundtrack, creator Jeff Mix and his band the Songhearts share a spellbinding story about a group of ne’re-do-wells encamped at a shady Las Vegas motel, adrawn together by gunshots that ring in the middle of the night. “You’d hock your gun for bullets before you realize I’ve got a tongue like the devil and mouth full of lies,” Mix declares early on, setting up a tale of strange circumstance and intrigue.Yet as spellbinding as this story is, the music remains warm and accessible — shimmery country rock of the most inviting variety.-Lee Zimmerman, Gigwise U.K. December 1, 2017


Credit Jeff Mix & The Songhearts for going several steps beyond and creating not only a masterful debut album, but a film for which to provide accompaniment.
-Goldmine Magazine, January 25, 2018

“The tracklist here is evocative of a jukebox in one of said dives, ranging from moving Americana to full-throated rock and roll to foot-stompin’ honky-tonk.”
-Jason Bracelin, Las Vegas Review Journal (August 15, 2017

“Jeff Mix has written a film that mirrors his tunes: gritty, homespun, world-weary in places yet ultimately defined by a hard-fought resolve. The rootsy singer-songwriter’s flick, “Lost Vegas Hiway,” which is set at the Gateway Hotel and was mostly shot in Vegas, is a Robert Altman-esque, intertwined narrative of various characters lives intersecting.”
-Jason Bracelin, Las Vegas Review Journal (Apr 06, 2017

“Americana at its best, track it down!”-@Rhythm & Booze