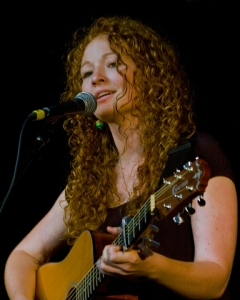 Meaghan Blanchard is a 22 year old singer/songwriter from Hunter River PEI. Her second album called "Chasin’ Lonely Again" was the
winner of an ECMA 2011 Award in March as “Country Album of the Year”.

She just recently took part in a royal performance for Will and Kate as part of their royal visit to PEI. She also played the just completed Cavendish Country Music Festival as an opening act for Brad Paisley.

She has appeared on the 2009,2010 and 2011 ECMA Awards shows as a performer as well as the 2009 nationally televised Canada Games Opening Ceremonies.

Meaghan has showcased at the ECMAs in 2008, 2009, 2010 and 2011. She was also one of five artists to be selected to perform with the Nova Scotia Symphony on the Confederation Centre Main Stage in a gala concert as part of ECMA 2011.

In February 2010,Meaghan spent almost the entire month in Vancouver during the Olympic Games where she performed 47 times in 15 days.She was part of "Come On In - Songs and Stories from Atlantic Canada" which was performed three times daily at Atlantic Canada House to
SRO audiences every show.She was also selected to
perform as part of the "New Voices -New Writers" howcase presented by the Olympics joining seven other
singer/songwriters selected from across Canada.

Meaghan has spent time in Nashville showcasing, co-writing and making friends. She plans to return to Nashville soon for more showcasing and co-writing opportunities. Touring and performing live as much as
possible is also on the agenda for 2011-2012.
5
What's This
Advertisement