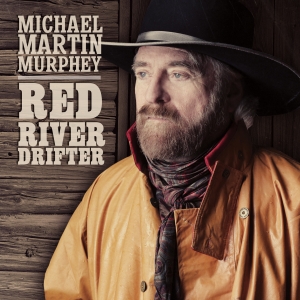 Media Quotes
"Herein are some of the most exquisite melodies he’s ever crafted; some of the finest singing of his later years (age has given his tenor an appealing, lived-in huskiness that bespeaks a man of experience in the issues he addresses and the lifestyle he extols); unquestionably some of the most complex lyrics he’s ever composed, almost all of the songs having multiple layers of meaning; and tight, focused, emotionally resonant instrumental work. strikingly captured in bright, clear sonics.
— David McGee / Deep Roots

"With its lively banjo and fiddle work and Murphey’s rapid-fire choruses, his affection for bluegrass is represented on the spry opener “Peaceful Country,” about a longtime couple making a rural escape to rekindle their romance. He covers similar topical territory with a contemplative country approach on “New Old Love.” NEWSOK


New Bluegrass Single, “Shake It Off” by Michael Martin Murphey
Nashville, Tenn. (June 4, 2013) — Red River Entertainment is proud to announce the new bluegrass radio single release, “Shake It Off” by Michael Martin Murphey from the upcoming July 9 album Red River Drifter. The duet was written by Murphey who is joined by Pauline Resse on vocals. Musicians on the track include: Ryan Murphey, Pat Flynn, Jason Mowry, Troy Engle, and Matt Pierson.
In recent years Murphey has been exploring the similarities between bluegrass and American cowboy music. But for Red River Drifter, he brought in some very eclectic and unexpected elements to the writing process. “I wrote songs that drew from what is inspiring me at this point in my life,” he says. “Every style was fair game. We intentionally did not follow formulas or rules.”
“I'm just the right age to have had Michael Martin Murphy a part of my musical life since 1973. Wildfire was a hit during my senior year of high school and I was captivated by the banjo on the track. Finding him fully involved in bluegrass these days is a real treat,” said John Lawless of Bluegrass Today. “Michael's new single, Shake It Off, shows the blues influence that has always been integral to the bluegrass sound, something that Bill Monroe insisted on from the very start. The sound may be more polished, but it traces right back to the well.”
Murphey has received multiple Grammy nominations during his incredible career including one for Best Bluegrass Album for his Buckaroo Blue Grass album in 2009. He has also earned six gold albums and performs more than 150 shows per year. As a songwriter, his work has been covered by John Denver, Lyle Lovett, Johnny Lee, Kenny Rogers, Nitty Gritty Dirt Band, Jerry Jeff Walker, Doyle Lawson and Quicksilver, and a host of other recording artists.
In 1972, Rolling Stone Magazine called Murphey “one of the best songwriters in America.” Since that time, he has left an indelible mark on the American Music Landscape, crafting and recording such iconic hits as “Wildfire,” “Carolina In The Pines”, “Geronimo’s Cadillac”, “Cowboy Logic,” “Cherokee Fiddle”, “Boy From The Country” and more. In the process, he has topped the Pop, Country, Bluegrass and Western Music charts, earned six gold albums and multiple Grammy nominations.
##
Label:
Red River Entertainment, 615-594-7684
Chuck Rhodes, oedad@comcast.net
Radio Contact:
Hope River Entertainment, Penni McDaniel
770-367-1480, penni@hoperiverentertainment.com
Publicist and Media Contact for Michael Martin Murphey:
LCMedia - 615-331-1710
Lance Cowan lcmedia@comcast.net