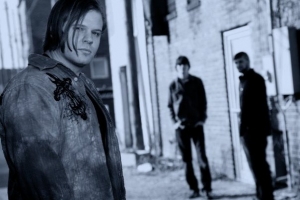 This is My Legacy. Formed in late 2009, originally as just front man James Albert, who started writing songs for the upcoming release Your Ambition. With dedication and perseverance, was crafted an edgy, yet dynamic album that can appeal to almost anyone, one way or another. In 2010, he met up with Trevor Samples and Trace King to complete the line-up.

In the heart Southern Illinois, many would argue that achieving success is nearly impossible. Getting noticed with a rock band is easier said than done. Adding diversity can increase your chances. Fusing elements of todays front runners, like Linkin Park, Breaking Benjamin, and Disturbed, with a few legends of yesterday, Korn, Nine Inch Nails, Motley Crue, and Michael Jackson. Yes, Michael Jackson.

With no creative boundaries, there is no limit for the opportunity for success.