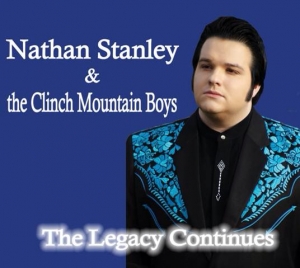 Nathan Stanley is the oldest grandson of Bluegrass Music Icon, Dr. Ralph Stanley. He has traveled with his grandfather since he was two years of age and is now the lead singer for the Clinch Mountain Boys. Stanley has several solo recordings to his credit and has recorded with artists such as, Brad Paisley, George Jones, Patty Loveless, Vince Gill, Ricky Skaggs, Marty Stuart & many more! Nathan Stanley is the future of the famed "Stanley Sound" Nashville Music Critics proclaim Stanley as the "Prince of Bluegrass Music"
10
What's This
Advertisement