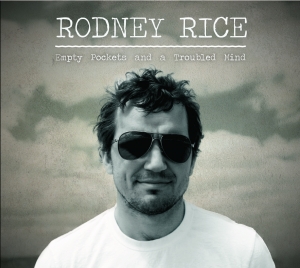 3rd Coast Music Magazine
For the second month running, the FAR reporters sprang a surprise on me. I figured Gurf Morlix (see cover story) was a shoo-in for January’s #1, but my guys and gals had a different idea. Originally from Morgantown, WV, where he was raised by his grandparents and, more consequentially from our point of view, on his grandparents’ love of classic country and their willingness to let him bang away on a guitar, Rodney Rice is now based in Dallas, but came to Austin’s Congress House to record his debut, produced by Andre Moran and featuring Mark Hallman, Haydn Vitera and Vanessa Lively among others. OK, these shiny nuts and bolts don’t really guarantee much, but Rice is an excellent example of what keeps the FAR DJs and myself trying out all the albums we get—every once in a while, after countless frogs, we get to kiss a prince. Rice is living proof that the well hasn’t run dry (yet), providing an album with absolutely no weak spots among the 14, mainly observational, original songs or their powerful delivery. Though Moran doesn’t crowd Rice’s songs or vocals, personally I’d have cut back on the instrumentation and given both more room to breathe, as on Break Your Heart, but then I’m a believer in less is more. Rice will be playing at Amelia’s and G&S Lounge during NotSXSW and I highly recommend becoming an early adopter of an outstanding singer-songwriter. JC News Flash; FAR’s #1 for February too.

10 The Rizdales: Blue Ain't the Word: A Tribute To The Music Of Ray Price (self) *FS/*LMG