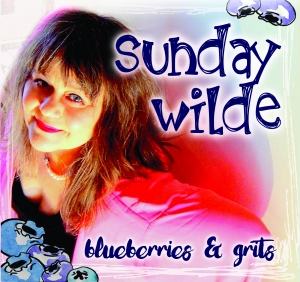 Check out the other Sunday wilde releases on Airplaydirect

He Gave Me A Blue Nightgown (2012)
http://www.airplaydirect.com/music/SundaywildeHeGavemeaBlueNightgown/

What Man? Oh THAT man! (2010)
http://www.airplaydirect.com/music/SundaywildeWhatmanOhTHATman/


The sixth release from award winning blues and roots artist, Sunday wilde from Northern Ontario. This album was recorded in Memphis and Clarksdale, produced by 2 time Grammy nominee Gary Vincent , and is the result of two major trips from Northern Ontario to the Delta.


American Blues Scene, Jd Nash says
"This is as authentic as it gets in the 21st Century

Sunday retains the theme of “men” in her sixth release with her prayer to god to “Show Me A Man” with the list of things that she wanted to find in the perfect man and “That Man Drives Me Mad” her take on a complicated relationship. She also covers a Willie Dixon tune “John the Conquer Root” twisting the meaning of the original into what a woman can do to get by in the world and changing the mood to be an eerie tale. She also does a Ruth Brown Cover called Daddy Daddy, a soft and sultry cover bringing back the feel of Mississippi John Hurt into the tune, as well as a sexy sad duet with Reno Jack called “One of These Days”. All the songs retain her distinctive delivery and vocals with an array of emotions.

Sunday wilde's other accomplishments
Sunday has won numerous awards with her past releases including 2x win of the Independent Music Awards Voters Choice Best Blues Song, 2 x win for the Best International Blues Release by Blues 411, Honorable Mention for Blues (the only Canadian artist in 2015) for the International Song writing competition, hit #1 on Siriusxm Radio on BB King’s Bluesville and has been played worldwide on roots and blues radio stations, while some of her releases remain on the Roots Music Report charts for months. She is from Northern Ontario Canada and lives in a remote town on Hwy 11.

Sunday is from the wilds of a northern Ontario small town, but she has been found singing everywhere from small logging and mining towns at coffee houses, funeral parlours, and blues joints and all the way to large festivals, house concerts and bars in bustling metropolises.

She is a powerful and intense vocalist, a rare voice that speaks from the primal soul. Sunday is a songwriter who explores the subjects of grief, addiction, love and the torment of social and family dysfunction. Her lyrics and delivery make it abundantly clear that she speaks from experience and authority.

She has received her Fifth Ontario Arts Council Award for her work in songwriting and recording and awarded a Canada Council for the Arts Grant.

She continues to create, explore, interpret and innovate, melding divergent styles and influences, pushing the envelope of her craft further. All the while enthralling audiences with her live performances and singular style.

Support this artist on PATREONhttps://www.patreon.com/sundaywilde