The East Side Boyz 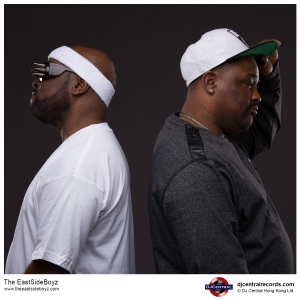 THE EASTSIDE BOYZ ARE ABOUT TO GO BERSERK WITH DJ CENTRAL !!!

The Eastside Boyz formerly known as Lil’ Jon & The East Side Boyz have been responsible for some of hip-hop’s biggest tracks. During their time as part of the group Lil’ Jon & The East Side Boyz they released tracks such as “Get Low” and “What U Gon’ Do”. These tracks were highly successful with “Get Low” reaching the top ten of the Hot 100 and “What U Gon’ Do” reaching number 22.

Recently, The Eastside Boyz have been killing it again after rejuvenating their career last year with tracks such as “Gettem”, “Shawty Goin Berserk” and the album “All Stars”. The group is clearly back to being focused on music and will undoubtedly continue to gain traction with more big releases.

“This is a fantastic opportunity for DJ Central Records to work with a tremendously talented and successful group that has been part of producing some of the biggest songs in hip-hop history since the year 2000.”

This group is hip-hop royalty and it won’t be long before we’re jamming out to the latest and greatest from one of the best in the game.

< Go Back
0
What's This
Advertisement