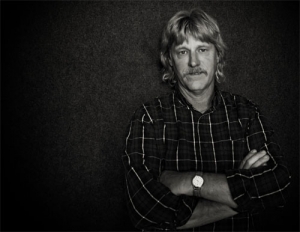 Richard Bennett is a singer/songwriter and flatpicking guitarist who has made noted contributions to bluegrass and acoustic music. Coming from an East Tennessee musical family, Richard started playing guitar at the age of seven, and by 15 he was playing guitar for former Flatt & Scruggs fiddler Benny Sims. 1983 brought Richard’s first recording session in Nashville with Vassar Clements, Mark Schatz and Randy Howard. The same year he landed a job at Dollywood, a stint he would revisit throughout his career. Richard left a powerful mark on bluegrass music in the 1990s as lead vocalist and guitarist for J.D. Crowe & The New South and contributed to the Grammy nominated "Flashback" CD. Richard then appeared on three albums with Jimmy Gaudreau and Mike Auldridge, and toured as Auldridge/Bennett/Gaudreau. Richard also released three solo CDs between 1997-2002 on Rebel Records and continued to tour in support of the new releases. In 2004, Richard joined Bobby Osborne & the Bluegrass Express and made several appearances on the Grand Ole Opry. In 2012 Richard Bennett released "Last Train From Poor Valley" on Lonesome Day Records, which garnered airplay on Bluegrass, Folk and Americana Radio. Today, you can find Richard Bennett on the road promoting the new CD "In The Wind Somewhere", performing in a duo collaboration with Wyatt Rice, and as a trio with Tina Fields on bass, crossing the music genres and venues of Bluegrass, folk and Americana. The last few years Bennett has been focusing on song writing and collaborating with new song writers and and has released some extremely well received solo projects.
4
What's This
Advertisement