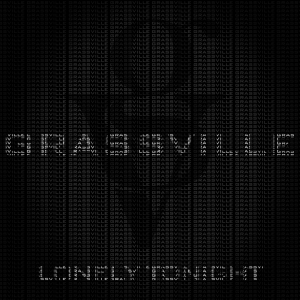 Grassville is a new band from the Atlanta area, featuring a bluegrass veteran and four strong young pickers. They have a new CD, Lonely Tonight, with 8 originals from within the group, plus covers of Jonathan Edwards’ How Long Have I Been Waiting For You (cut previously by Seldom Scene and Doyle Lawson) and Down The Line, recorded by Lonesome River Band on their Window Of Time album.

Bassist and bandleader John Nipper has been playing bluegrass in the southeastern US for 20 years, and tells us that Grassville has been together since 2010. Jake Hegwood is on guitar and lead vocals, Aaron Clegg on banjo, John Rice on fiddle and Brian Stephens on mandolin.

Nipper sent along a video they put together for one of the songs, Black Ops, which he wrote with Clegg who, at 14 years old, has intimate experience with the video game of the same name. They put it together from the many clips of the game play available online.

Words can not do justice to the sounds we heard on Lonely Tonight the first CD release of newcomers
Grassville. Veteran John Nipper had long told us he
was going to form a new band and now. He's done it in a big way.

The Band: Jake Hegwood Sings lead and plays guitar with the band. While Aaron Clegg having won several regional awards as "best banjo player" plays a solid crisp banjo style. John Rice plays fiddle and was part
of the ever popular regional family band Walnut Grove for about 7 years before going off to college. Finally, John Nipper Where have we heard that
name? John has been playing bluegrass music around the southeast for 20 years,most notably with the Apostles of Bluegrass and currently still performs with them. As well as playing bass, for Grassville, John also plays banjo,mandolin and harmonica.Folks, their new CD sports 10 cuts, eight of which the band wrote themselves. Our attention became prisoner to this project as we heard a hot contemporary project that reminded us of the talents and styling of The Infamous String Dusters and even a bit of The Steep Canyon Rangers. That’s pretty big. The engineering and production of this CD is first class and will grab you from the first cut Ride, to the last amazing and haunting rendition of Down the Line. If these guys keep it up, soon they will be on your radio or internet stream. They are that good.