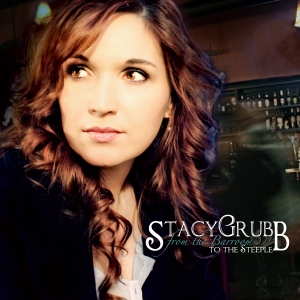 Stacy's sophomore album, titled "From the Barroom to the Steeple," was released on December 23, 2014. It was produced by Clay Hess who also appears all throughout the recording on guitar, some banjo, as well as harmony vocals. In addition to Clay, musicians include Irl Hees, Aaron Ramsey, Tim Crouch, Nick Keen, Scott Vestal, and Ron Block. Stacy wrote the majority of the album (even co-writing "Beautiful Girl" with her son Elijah who was only 4 at the time), but also offers up new music from John Pennell ("Can't Let You Go"), Mark Simos ("Leaf In A Summer Storm"), Alan Johnston ("Spirit of the Mountains"), and Barry Clevenger ("Gone Away From Me"). A long time Waylon Jennings fan, Stacy pulled from his songbook for a cover of "Six White Horses," written by Barry Bond. The album is her first offering for Kang Records, based out of Cincinnati, Ohio.

Stacy and Clay have also released a special Christmas duet for the holiday season.