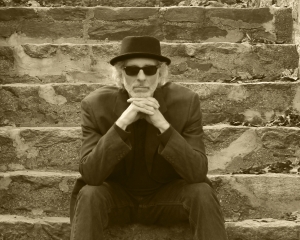 A shortlist of recent recording credits include the Discovery Channel (Penn & Teller) and PBS (Roadtrip Nation). He produced Chris Berardo and the Desberardos CD "Ignoring All the Warning Signs" which reached #4 on a Sirius/XM radio Americana chart.

As a songwriter Richard has had a dozen or more of his compositions recorded by other artists, and several more have appeared in the stage acts of various singers. He released a new collection of recordings early in 2016 titled "A Step Up". It consists of 10 of his original compositions produced in a collaboration with Rex Fowler. He has taught songwriting at the college level and conducted songwriting workshops on the festival circuit.

In performance he has appeared on stage with such disparate acts as Orchestra New England and the Nutopians. His band won the 2010 Podunk Bluegrass Festival band competition and has performed at the Gray Fox, Podunk, Joe Val, and Strawberry Park bluegrass festivals among others. As a staff musician on Newtown's Flagpole Radio Cafe Richard has appeared onstage as an accompanist with the likes of Peter Yarrow, Tom Chapin, Jonathan Edwards, Vanese Thomas, Ramblin' Jack Elliot, Guy Davis, to name but a few.

Richard also acts as Master of Ceremonies for a variety of concert events, most recently at the 2015 Clearwater Festival.

For 15 years he has was one of the hosts of the monthly "Bluegrass & Beer" series which took place on the final Thursday of every month at The Acoustic in the Black Rock section of Bridgeport, CT.
3
What's This
Advertisement