Doyle Lawson And Quicksilver "Life Is A Story" 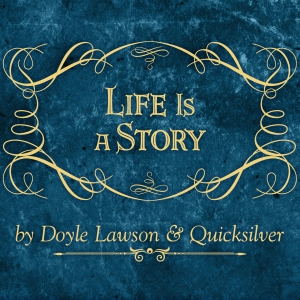 Legendary in the Bluegrass genre and called a “mandolin virtuoso” with “perfectly silken harmony” by The New York Times, Doyle Lawson broke new ground in 2011 with a benchmark Children’s Hospital and Arena Tour, the first tour of its kind in any genre, combining National Anthem performances at major sporting arenas with performances for boys and girls at Children’s Hospitals in the same cities or regions. Doyle Lawson & Quicksilver performed for nearly 108,000 people during six games in 2011 alone — not including Live broadcast audiences for the NBA and NCAA games — as well as for countless children, families, and staff in visits to children’s hospitals. DLQ sang their first NASCAR Anthem in 2012, kicking off Sprint All-Star Weekend at Charlotte Motor Speedway, NASCAR’s second largest track with 165,000 screaming fans, as they performed the National Anthem for NASCAR’s Education Lottery 200 in May, with other superstars on hand for the weekend including Tim McGraw and Blake Shelton. Pretty impressive numbers and company from the little boy from Kingsport, who grew up to be a LEGEND.