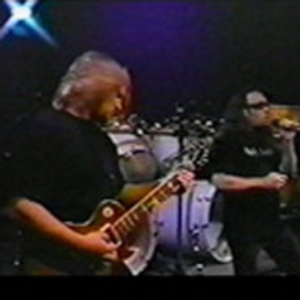 
Seattle, WA frequently produces bands that change the way certain music scenes exist. GLOBAL WARNING is no exception. Enemy Within has a solid no holding back Seattle Alternative metal sound. Since their beginning they have received notice among the metal communities worldwide. GLOBAL WARNING 's previous release, Digital Black was also widely recieve to controversial acclaim. Both fans and members of the rock radio community wholly embraced this band.

Disconnect went to # 25 on the NATIONAL METAL CHARTS


The musical growth of GLOBAL WARNING between their album releases has developed a unique style of metal that is prepared to challenge preconceived concepts of what metal is. In 2005 with the CD release of Enemy Within GLOBAL WARNING secured a record label and publishing deal with ACM Records.

A Deafening Silence peaked at #7 on the NATIONAL METAL CHARTS and was named Top 100 of 2006 on ChristianHardrock.net

Chasm peaked at # 7 on the NATIONAL METAL CHARTS

The band has been played on, give or take 70 to 100 US radio stations. Songs Waiting and Secret are the next singles hitting radio now! GLOBAL WARNING can be seen on MSN Video Performances www.justenoughtv.net. The band will be featured in the movie called SPY THE MOVIE featuring the song Chasm , www.spythemovie.com.