The Karl Shiflett & Big Country Show - Take Me Back 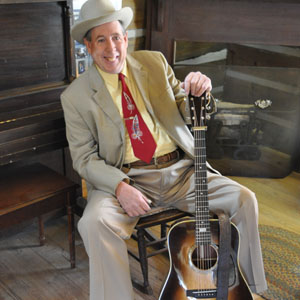 The new album from The Karl Shiflett & Big Country Show, Take Me Back, ushers the listener down a once oft-travelled road and back to a time when classic country ruled the airwaves. The album ranges between Bob Wills and Flatt & Scruggs material. Karl Shiflett’s playful Texas twang is complemented by Christopher Hill and C.J. Lewandowski’s country harmonies. Hill takes lead vocal duties on “Just Come to Get My Baby” and Lewandowski sings lead on “Brand New Silent Partner.” All together the three are a big part the album’s old time appeal.
“Take Me Back is primarily a collection of tunes I heard and learned while growing up in Texas in the mid-sixties (about 45 years ago),” explains Karl. The material covers songs by Don Gibson, Bill Monroe, Flatt & Scruggs, Bob Wills, Faron Young, Willie Nelson and Floyd Tillman. There are a couple of new tunes, “Song on the Jukebox” written by Monroe Fields and a gospel song called “Open up your Heart (and let Jesus In)” written by Karl Shiflett.
Karl Shiflett grew up in Texas with a love for traditional country music, learning to sing and play guitar at the age of nine. His musical influences include Roy Acuff, Hank Williams, Bob Wills, Bill Monroe, Flatt & Scruggs and many others. He began his professional career in bluegrass music as a side man in the 1980’s and organized The Karl Shiflett & Big Country Show in 1993. Highly respected by fans and peers alike, Shiflett is one of the most recognizable and identifiable names in bluegrass music. His passion to keep the spirit of the past alive in his music has gained him widespread acclaim as a musician, singer and entertainer.
Deeply rooted in traditional bluegrass music Shiflett blends elements of classic country, western swing and honky-tonk creating a sound uniquely his own. He is perhaps best known for his highly entertaining retro stage show. Even the name of his act, The Karl Shiflett & Big Country Show, lends itself nostalgically to the entertaining stage shows of the string bands of the 1940's and 50's. A veteran entertainer and performer, Shiflett possesses a wealth of old school knowledge. His time spent as a sideman with The Legendary Sullivan Family proved to be invaluable. While cutting his teeth with the Sullivan Family and watching legendary performers like Bill Monroe, Karl learned the ropes by observing the masters at work.
Today, Karl continues to carry the torch for traditional bluegrass music, having found his own unique niche along the way. His unwavering devotion for the classic sounds of yesteryear along with his heart felt gratitude toward his many loyal fans makes him the ideal ambassador for bluegrass music.