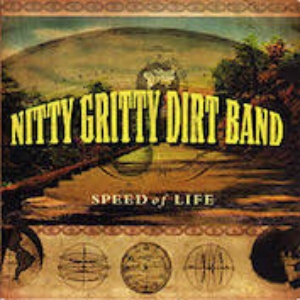 Nitty Gritty Dirt Band's self-titled debut album, released in 1967, included the pop hit "Buy For Me The Rain." But it was their 5th record, 1970's Uncle Charlie and His Dog Teddy, that would become band's breakthrough project, yielding 3 pop hits including their version of Jerry Jeff Walker's "Mr. Bojangles." Among the many outstanding tracks on Uncle Charlie was a version of Earl Scruggs' "Randy Lynn Rag." That cut set into motion what would become the Will the Circle be Unbroken album, a veritable summit of talent which included NDGB's heroes: Scruggs, Doc Watson, Merel Travis, Roy Acuff and Mother Maybelle Carter. The Nitty Gritty Dirt Band's Circle... album, a three-LP set,recorded live in the studio in Nashville over six days in 1971, became a landmark event and a multi-platinum success. Circle remains such a significant effort that 30 years later it was one of 50 recordings to be honored and preserved by the Library of Congress.

In the early 80's, after a few more pop hits, the band returned to Nashville once again and began what would become a highly successful career in mainstream country music. Hits that included "Dance Little Jean," "Workin' Man", "Long Hard Road", "Baby's Got A Hold On Me" and "Fishin' in the Dark" put them at the top of the country charts for over a decade. In 1989, the group revisited the Circle concept, gathering another impressive roster of performers (including Johnny Cash, EmmyLou Harris, Levon Helm, Chet Atkins, Bruce Hornsby, John Hiatt and Roseanne Cash) for sessions that had a pronounced country-gospel feel. Circle II would go on to win three Grammy Awards and the Country Music Association Album of the Year. In 2002 Circle III (with many current artists added to the previous cast) received similar accolades and attention, garnering the International Bluegrass Music Association Recorded Event of the Year award as well as leading to a 2005 Grammy for Country Instrumental Performance (with Earl Scruggs, Randy Scruggs, Jerry Douglas and the late Vassar Clements). With a career that spans five decades, the Nitty Gritty Dirt Band has gone from a hippie jug-band to pioneers of country rock, and their influence is still being felt today.