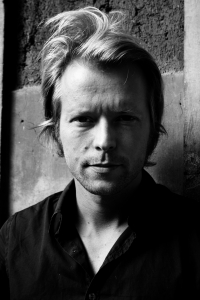 Since his childhood Nordgarden has been a devoted fan of Bruce Springsteen. During aconcert at Valle Hovin, Oslo in 1993 after almost four hours of rock´n roll the revelation was complete and Norgarden was determined that music would also be his path. With the years the inspiration and influences have come with several bands and artist, but his main input has coherently been songwriters like Jeff Buckley, Elliott Smith, Andrew Bird, Ryan Adams and Paul Curreri – where the lyrics, the story, the melody and the communication of the song plays the deepest of importance.

The musical path of Nordgarden initially takes direction at Sunnhordland Folkehogskule on the West Coast of Norway, where he studies music and classic guitar for a year. After another year in Oslo working in a kinder garden he decides to leave it all and to search for some adventure elsewhere. A new Italian acquaintance he met at a Motorpsycho gig in Oslo invites him to Bologna, Italy. The invitation is irresistible and in early 2000 Nordgarden moves South to the city of Bologna where he makes his living by playing on the streets and in the tiny student bars and cafes around town. But the word is on the street of this new, Norwegian guy with this great voice and one day Paolo Benvengu calls him up from Florence; he eagerly wants to produce Nordgardens debut album. Another irresistible invitation and Nordgarden decides to head for Florence and the heart of the renaissance. After a long and intensely hot Summer and five weeks in a studio without air conditioning the record is nailed and is released on the Italian indie label Stoutmusic. The Italian press responds enthusiastically and Nordgarden is finally ready to go on the road to spread the word. The peak of that Summer is his performance on the Main Stage at Arezzo Wave in front of a good six thousand people.

In 2005, after having moved back to Oslo Nordgarden must undergo an operation to remove a cyst from his vocal chords that hinders him from singing and performing for a whole year. The result is an even more hungry and expressive Nordgarden. He records and
releases A Brighter Kind Of Blue in May 2006 – a fully acoustic album where his voice is warmer, more profound and more agile than ever. Stein Ostbo at VG, Norways biggest newspaper exclaims:- “The closest a new Norwegian songwriter has come the timeless qualities of Ryan Adams” - The album receives great reviews in several countries on the continent and Nordgarden expands his horizon touring this time all over Europe.

In 2008 Nordgarden recedes from the endless touring and heads back to Oslo once again to record his third album The Path Of Love. It is recorded in the studio of Audun Borrmann and Even Ormestad of Jaga Jazzist (having recorded the likes of Thom Hell, Thomas Dybdahl and Jonas Alaska). It is a more arranged album than his previous work and it has a full and rich sound of layers of keys, strings and brass. This is the first release on Nordgardens own DIY label GDN Records.

Nordgarden once again receives ovations from the press and this time he sets his eyes on crossing the Atlantic to the land of milk and honey. He finds himself in the US to discover and see for himself the places of his dreams and he finally gets to play in the historical venues of East and Greenwich Village in NYC. The trip goes further on to California, through the Promised Land as his first great hero Bruce Springsteen once sang “I ain´t a boy, no I´m a man and I believe in the Promised Land”.
0
What's This
Advertisement