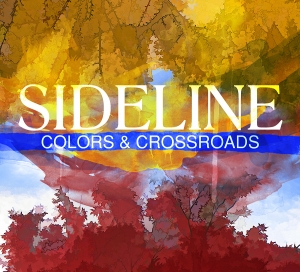 
Jason Moore is a long time veteran of the Bluegrass and Americana scene. He first started working in bluegrass with the legendary James King in 1993 and was there through 1999. While there he was on the award winning "Bed By The Window" project and several other King projects. Also during this time he was asked to be on two Michael Cleveland projects along with Mountain Heart. Jason was with the group until July of 2014. While in the group, they went from top notch Bluegrass band to Americana band, all the while, recording six band projects and numerous other projects as a session player. Jason was asked to help on such projects as "A Tribute to the King of Bluegrass, Jimmy Martin", Tim Staffords "Endless Line" and several others. As a result of the work he has done in different bands and projects, Jason has been on three Grammy Nominated projects and been nominated for "Bass Player of the Year" at the International Bluegrass Music Awards four times to go with winning "Recorded Event of the Year" twice and "Gospel Event of the Year". Jason's latest ventures include starting the Bluegrass band "Sideline" and working with other nationally touring Bluegrass bands as well as studio session work and production. To date, Jason has been on close to 100 different projects and has produced two others with more in planning. every imaginable kind of bluegrass, and his timing and groove are unequaled, you'll mostly want to tell him how amazing he is.

SKIP CHERRYHOLMES
Skip Cherryholmes started playing mandolin at age 9, but later switched to guitar when his family formed the "Cherryholmes" family band. Skip played with his family for almost 13 years until they decided to disband in 2011. In their time together, the Cherryholmes family won the 2005 IBMA Entertainer of the Year award, and have been nominated for numerous awards including 5 Grammy awards. He also played with bluegrass legend Lou Reid and his group "Lou Reid and Carolina". Skip is now playing full time with Sideline and working as an engineer and producer at "Old Stage Recording Studio" in Raleigh, NC. Although he now lives in NC, Skip is from Los Angeles, CA and loves to visit his family and friends on the west coast. He enjoys spending his free time with his wife, Stephanie and his 2 Siberian Huskies, Kodi and Neko.

Steve Dilling plays like he was born and raised in a crib where only Earl Scruggs and Tony Rice played on the twirling mobile above him. In love with the banjo at 10, playing by 12, starting The Bass Mountain Boys, then on to the Lonesome River Band, Steve's career has had a solid, steady trajectory of success and respect. Of course we have to talk about his 20 plus years with Russell Moore and IIIrd Tyme Out. You know that Steve Dilling's Carolina-awesome banjo playing and hilarious emcee work is one of the main reasons you always go see them when they're in town. IIIrd Tyme Out has certainly brought his talent to the forefront of the bluegrass community. But his work with Sideline allows Steve to show audiences that he's the real deal in any setting.

Born in 1981 and raised in Saxapahaw, NC, Brian Aldridge grew up in a musical family. He got started on mandolin at age three, and graduated to banjo at thirteen. His father, Mike, now with Al Batten & Bluegrass Reunion, was a long time member of the Bass Mountain Boys. It was with that group that Brian first played on stage. His favorite banjo players include Earl Scruggs and Jim Mills, and his picking reflects their precise, dynamic style. Brian is also a master of the Scruggs style of finger picking guitar. His wife's grandfather, award-winning North Carolina banjoist/vocalist A. L. Wood, was also a major influence. Brian's hard-driving mandolin style and heartfelt vocals are the centerpiece of the Sideline sound. Brian's hobbies include hunting and picking, and he's a natural-born mechanic. When he's not playing music, Brian can be found at Adams Automotive where he works as a service technician.

17 year old Nathan Aldridge has had a fiddle in his hand since he was two years old. His first real fiddle was given to him by his cousin at the age of four and he hasn't put it down since! For several years he has been playing onstage with his dad, Mike "Precious" Aldridge from Al Batten & Bluegrass Reunion. Nathan has taken a few lessons from the great Dewey Brown, but for the most part he has taught himself how to play. His influences on fiddle go from great classics like Chubby Wise and Benny Martin, to more modern icons like Stuart Duncan and Mike Hartgrove. Although the fiddle is his instrument of choice, he is well rounded in guitar, banjo, and mandolin.

Born and raised in eastern N.C., Brad Hudson was blessed with the God-given talent of singing and playing music at the early age of three. He began singing and playing guitar in church. Eventually he started experimenting with the banjo and dobro, and started playing with several different bands across the state. Brad eventually went on to work with people like The Larkins, Don Cox, The Gaithers, Jeff & Sheri Easter, and the great Dolly Parton. He was also a huge part of shows like The Crystal Coast Jamboree and Country Tonite. Brad joined touring group Lorraine Jordan and Carolina Road, where he was able to land nominations for several awards including Dobro Player of the Year and Bass Player of the Year, and got to work with some of Country Music's greatest names in the collaboration project "Country Grass". After knowing all of the guys in Sideline for several years, he joined the band in the summer of 2016, and has brought so much to their sound and show. Brad now resides in Seymour, TN with his wife, Crystal, and children, Riley, Jordan, Caden, and Wesley.
21
What's This
Advertisement