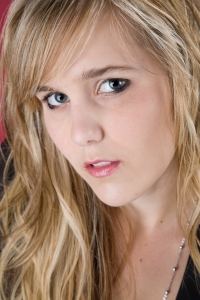 Creating an accomplished reputation in an ever-expanding array of musical genres, Shannon Kennedy is recognized as an extraordinarily multi-faceted artist, composer, producer, performer, recording artist and music instructor. By maintaining diversity as a performer and composer, she has developed an exciting and constantly evolving career in contemporary music.

Primarily recognized as a ‘powerhouse saxophonist’ throughout Southern California, she has recently been stepping out as a compelling lead vocalist with singles including Only One (2011), No One To Catch Me (2010) and Falling Slowly (2010). She is also featured as a vocalist and saxophonist with K.A.S.E. 87, an energetic, youthful and electrifying new group performing and recording a fusion of hip hop, contemporary jazz and electro.

After her international debut performing on the 2007 Smooth Jazz Cruise with some of smooth jazz’s best known performers – Brian Culberston, Craig Chaquico, Boney James, Candy Dulfer, Nick Colionne, and Michael Lington – Shannon has become a major presence in the genre. She has played a key role as a saxophonist and member of the horn section on tour with Peter White, at the Canadian Smooth Jazz Awards in 2008 and 2010, and she also appears on White’s latest album Good Day (Peak Records). Since, she has become a regular member of French guitarist U-Nam’s group, appearing on his last single, Gimme the Night (2011), Act Like You Know (2010) and as the saxophonist on his live DVD U-Nam: Live at Anthology (2010). She also performs on the guitarists upcoming George Benson tribute, "Weekend in L.A."

‘What makes her list of accomplishments even more striking is that one would assume with her experience that she has been performing for several decades when in fact she is still in her early 20s.’ (Doyle – allmusicreview.com) With four complete albums released, three EPs, and several singles, Kennedy has built up quite the impressive catalog.

Her debut album, Angel Eyes (2005) was released while Kennedy was in high school and was recorded live in a basement recording studio along with three of her classmates. Following Angel Eyes, she released two albums in 2007, Steppin Up and Never My Love, featuring her as a composer and producer as well as performer and with an impressive line-up of guest artists including Peter White and Kirk Whalum.

Shannon also designs and hosts teenjazz.com, the world’s largest website for young musicians. A Rheuben Allen endorsee and Rico (reeds) Junior Artist, she also has endorsements with the Beechler mouthpiece company, KenKase Reed Cases, and Marca. You can read more about Shannon Kennedy's endorsements and saxophone setups at her equipment page.

She has also recently stepped into the realm of film scoring and video game underscoring with her project Unfinished Compositions. The first three releases are available - L'Automne, L'Hiver and Le Printemps. She is currently working on the underscoring of an upcoming musical.
5
What's This
Advertisement