It Should Be Called CHRISTmas 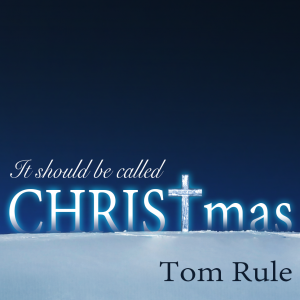 "Living Proof God has a sense of Humor". That's Tom's tagline, and his path is evidence of it's truth.

He is a lefthanded musician raised Baptist who is staff pianist for First Presbyterian and Director of Technology at a Catholic school.

The music shows a wide range of influences - from jazz to classical to pop to new age - but is all keyboard and/or piano-based.

The goal - expressed by the title of his 2013 release "Accessible Depth" - is to create music that has enough depth to withstand multiple listens that is still Accessible.

No easy task, that.

"It Should Be Called CHRISTmas"

Between my last album, Accessible Depth, and working on Joey Stuckey’s MIXTURE, I thought I was done with big recording projects. But God has a history of surprising me, because I soon found myself noodling on the piano ... and jotting notes.

Once it seemed like an album was in the making, I knew I didn’t want to record stuff that’s been over-recorded, though I did end up with a few familiar tunes. I also knew I wanted it to be personal, with a couple of featured originals.
What I didn’t know was how hard it was going to be. How it was going to be so emotionally draining. How much time it was going to take.
How so worth it the final product would be.
The last song, “It’s Goodnight, Not Goodbye,” was written a few weeks before my Dad died in 2014. The title came from my sister, as we were discussing his upcoming passing. The song may not seem to fit the album at first, but the combination of CHRISTmas and Easter is what makes that title a reality.
I hope you take the time to listen to this album all the way through in one sitting, because you’ll pick up on a few things you’d otherwise miss. I think you’ll see that this is indeed the most personal project I’ve ever worked on.