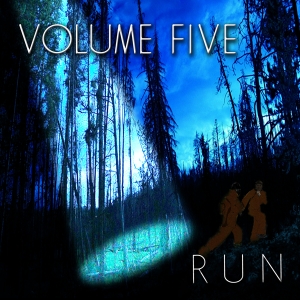 What started as a casual jam band in 2008 has grown into one of bluegrass music’s most exciting and unique acts – Volume Five. While each member of the band has served tenure nationally with well-known artists such as Marty Raybon and Full Circle, Randy Kohrs and The Lites, and Tony Rice, these five musicians together truly shine. Volume Five features the talents of ring-leader Glen Harrell on fiddle; Jesse Daniel on mandolin; Jeff Partin on guitar, Patton Wages on banjo, and Chris Williamson on bass; and while Volume Five is considered a traditional band, their soulful singing, dead-on harmonies, and precision picking set them apart from others. They received critical acclaim for their first two projects on Mountain Fever Records, Down In A Cell and Children Of The Mountains.

As with almost every bluegrass band, personnel changes take place from time to time.
Volume Five is no different. The past year saw the departure of Guitarist Colby Laney as he moved on to tour with Larry Stephenson. Jeff Partin, who is one of those young men who can get music out of a turnip, stepped in to take his place. He had been working as a fill-in with everyone from Tony Rice to Mountain Heart and others. Jeff is also a talented singer as he proved on his original song, Julie.

Jesse Daniel who appears on this record has left the band and is devoting his time to his recording studio and family. Stepping into his big shoes is Harry Clark as the new mandolinist with the band. Harry hails from Searcy, AR where he got started on mandolin at the age of 10. He picked up guitar a few years later and started performing regionally with his family in 2007. Two years later he won the Arkansas State Mandolin Championship
where he was also runner-up State Guitar Champion. Last year he headed to Nashville and
started working as lead guitarist with The Roys, and has recently moved back home to
Arkansas to work with Volume Five.