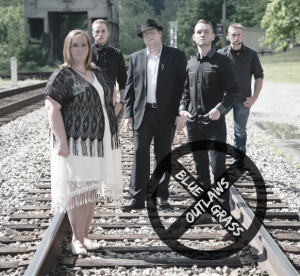 The Bluegrass Outlaws are a band of professional musicians put together by Chris and Becky Webb Monk in 2016. The very first gig undertaking of the band was to enter the 2016 SPBGMA Band Competition in Nashville. Not only did this band enter and DEBUT and SPBGMA, they won the whole competition! History was made with their success as they were informed that no other debut performance of a band had ever accomplished the win in all the years at SPBGMA.

This has set forth a fast moving train of events for this hard driving bluegrass band that they are very excited about. The band is about to launch the release of their single called "Upper Big Branch Mine", from their self-titled, first album. The track was penned by Chris Monk, Becky Webb Monk, and Darrell Webb. A haunting tale on the mining in Appalachia - this incredible song will soon become a favorite on your playlist.
14
What's This
Advertisement