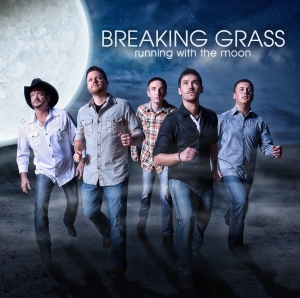 With their fresh sound, original material, strong vocals and innovative musicianship, Breaking Grass is doing exactly what their name implies. Although not quite traditional, the music they present is without a doubt steeped in the timeless genre they grew up listening to. Comprised of Cody Farrar on guitar; Tyler White on fiddle; Thelton Vanderford on banjo; Zach Wooten on mandolin; and Britt Sheffield on bass; this relatively new band formed with one goal in mind-to make music that all ages could enjoy. They are well on their way to becoming a household name and recently won the B.O.R.N. (Band On The Rise Nationally) award in June 2012.

2011 proved to be an exciting year for Breaking Grass with a string of wins at many of the southeast’s top music festivals including first place at the State of Mississippi Bluegrass Band Championship in New Albany, first place in the Athens Old Time Fiddler’s Bluegrass Band Competition in Alabama and first place in the Uncle Dave Macon Days Bluegrass Band Competition in Murfreesboro, Tennessee. This was also the year Breaking Grass released their self-titled, debut album of all original music to a standing room only crowd at a CD release event presented by the City of Booneville, Mississippi. With a sense of excitement and drive from a very fruitful first year together, the band turned to producer Stephen Mougin for help with their next project, Running With The Moon, due for release in July 2012. This new project is a strong sophomore offering from the group, showing their versatility as musicians and vocalists with 12 tracks of original songs, all written by the band’s main lead singer, Cody Farrar. Touching on sounds of traditional and contemporary bluegrass, western swing and gospel, Breaking Grass is not only living up to their name, they are reaching far beyond the borders, bringing new fans to the world of acoustic music.
20
What's This
Advertisement