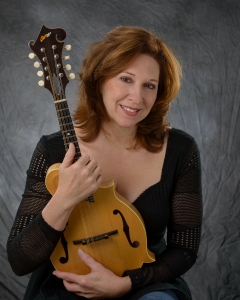 Cindy, as a teenager, started out playing folk and bluegrass music in the northern most reaches of Appalachia ... the hills of southwestern Pennsylvania. Branching out as a musician, and called by her youth and the times, she eventually grew away from her roots and played rhythm and blues and rock 'n roll music for many years professionally. Her first Pittsburgh band, The Flashcats, really got Cindy motivated as a songwriter with over 50 of her songs in their discography ... some even reviewed by Billboard magazine. At that time, she was namesd as one of Pittsburgh's best songwriters in "In Pittsburgh" magazine. Her original song "Appetite For Love" was voted one of Pittsburgh's top 10 original songs by a local artist.

After several years with the Flashcats, recording and touring from NYC to LA with R&B legend Bull Moose Jackson, Cindy moved to NYC in her late 20's and recorded and played with many notable musicians ... including Keith Diamond (Billy Ocean, Donna Summer, Michael Bolton, Mick Jagger) and Doug Stegmeyer (Billy Joel, Hall & Oates) ... all the while perfecting her song writing abilities and stretching her vocal talent to new heights.

Eventually the music of her origins beckoned her back and Cindy temporarily set down the guitar to learn mandolin. Now proficient on both instruments, and having a solid song repertoire of bluegrass originals, Cindy has been performing regularly in the tri-state area of New Jersey, Pennsylvania and Delaware for several years now. She is a favorite at Wilmington DE's "Winterfest" and "Wind Gap Bluegrass Festival" in Wind Gap, PA as well as the bluegrass concert venue, Albert Music Hall in Waretown, NJ and BOTMA (Bluegrass and Old Time Music Association) in Little Silver, NJ. She has also played some of the most beautiful and historical theaters in PA and NJ ... and in doing so, has opened for such national acts as the Boxcars and The Seldom Scene. In 2013 Cindy was nominated in three categories with the New Jersey Acoustic Music (JAM) Awards ... and won Top Bluegrass/Country Act.

Cindy's first bluegrass CD "The Road", is newly released and her song writing has been acclaimed in Bluegrass Unlimited magazine (June 2014) as a "new and different song writing voice". She was specifically applauded on her story-songs as being "a strength of hers". Her vocal style is powerful and soulful and Bluegrass Unlimited calls her a "forceful and confident singer". Her mandolin playing gets kudos too in her original instrumental composition "Humphrey's Wheel", as "solid if not spectacular"! The CD features some of New Jersey's finest musicians including Nashville session greats, Gary Oleyar on fiddle and Jim Heffernan on dobro. Also on the CD are Bob Walters on dobro, Tom Stevenson on banjo, as well as Paul Unkert on bass and Ron Hall on guitar and vocals .... the latter two who went on to form the present core band line up, along with Carl Baron on banjo and vocals. Cindy's song writing and vocals have never been finer and her mandolin playing breaks out like never before on this CD.

Live, Cindy delivers a captivating performance with memorable songs and vocals you'll be talking about.
3
What's This
Advertisement