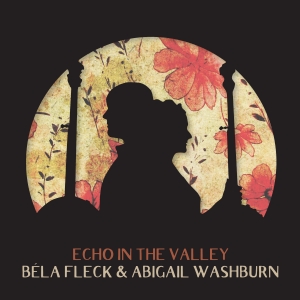 Premier banjo player Béla Fleck is considered one of the most innovative pickers in the world and has done much to demonstrate the versatility of his instrument, which he uses to play everything from traditional bluegrass to progressive jazz. He was named after composer Béla Bartok and was born in New York City. Around age 15, Fleck became fascinated with the banjo after hearing Flatt & Scruggs' "Ballad of Jed Clampett" and Eric Weissberg and Steve Mandell's "Dueling Banjos," and his grandfather soon gave him one. While attending the High School of Music and Art in New York, Fleck worked on adapting bebop music for the banjo.

Fleck always had diverse musical interests, and his own style was influenced by Tony Trischka, Earl Scruggs, Chick Corea, Charlie Parker, John Coltrane, the Allman Brothers, Aretha Franklin, the Byrds, and Little Feat. After graduation, he joined the Tasty Licks, a group from Boston. They recorded two albums and dissolved in 1979. Afterwards, Fleck joined the Kentucky band Spectrum. That year, only five years after he took up the instrument, he made his solo recording debut with Crossing the Tracks, which the Readers' Poll in Frets magazine named Best Overall Album. In 1982, he joined New Grass Revival and stayed with them until the end of the decade. During this time, his reputation continued to grow and in 1990, Frets added his name to their Hall of Greats. In 1988, one of his compositions, "Drive" (from the album New Grass Revival), was nominated for a Grammy.

Fleck, mandolin player Sam Bush, fiddler Mark O'Connor, bassist Edgar Meyer, and Dobro player Jerry Douglas teamed up in 1989 to form Strength in Numbers and record The Telluride Sessions. Late that year, Fleck was asked by PBS television to play on the upcoming Lonesome Pine Special; in response, he gathered together a veritable "dream team" of musicians to form the Flecktones. The original members included Howard Levy, who played piano, harmonica, and ocarina, among other instruments; bass guitarist Victor Lemonte Wooten, and his brother Roy "Future Man" Wooten on the drumitar, an electronic drum shaped like a guitar. Though the special wasn't aired until 1992, the Flecktones recorded their eponymous debut album in 1990 and followed it up with Flight of the Cosmic Hippo (1991).

In 1993, they released their third album, UFO Tofu, which featured music blending different genres ranging from bluegrass to R&B to worldbeat. In 1995, they released Tales from the Acoustic Planet; Left of Cool followed in 1998, and Tales from the Acoustic Planet 2: The Bluegrass Sessions was released a year later. Outbound followed in mid-2000. Busy and prolific, Fleck released an album of classical pieces, Perpetual Motion, in late 2001, followed by Live at the Quick in 2002, the ambitious double-disc Little Worlds (and its truncated single-disc version, Ten from Little Worlds) in 2003, and Music for Two (with bassist Edgar Meyer) in 2004. Fleck appeared on Abigail Washburn's first album, Song of the Traveling Daughter, in 2005. Hidden Land, another album with the Flecktones, appeared on Columbia Records in 2006. The band released its first holiday collection in 2008, appropriately titled Jingle All the Way. The Melody of Rhythm: Triple Concerto & Music for Trio appeared in 2009 from Koch Records, which teamed Fleck with cellist/bassist Edgar Meyer and the Indian percussionist Zakir Hussain along with the Detroit Symphony Orchestra directed by Leonard Slatkin.

Fleck was also part of Washburn's Sparrow Quartet (with cellist Ben Sollee and fiddle player Casey Driessen), which, sponsored by the U.S. government, toured China and released Abigail Washburn & the Sparrow Quartet in 2008. Also that year, Fleck went to Africa to take part in a documentary film directed by his half-brother Sascha Paladino, and collaborated with over 40 of the continent's finest musicians, including D'Gary, Baaba Maal, Vusi Mahlasela, Toumani Diabaté, Bassekou Kouyate, and Oumou Sangare in Tanzania, Gambia, Mali, and Uganda. In 2009, Throw Down Your Heart, Tales from the Acoustic Planet, Vol. 3: Africa Sessions -- both a film and recording -- was released to widespread critical acclaim and commercial success. Fleck reunited the original Flecktones for the spring 2011 release Rocket Science, and toured with the band, as well as the trio with Hussain and Meyer, which resulted in the concert album The Melody of Rhythm: Triple Concerto & Music for Trio. In 2012, Fleck collaborated with the Marcus Roberts Trio, recording the co-billed Across the Imaginary Divide. Ever ambitious, he composed both an orchestral concerto and a chamber work around his banjo playing, and performed and recorded with the Nashville Symphony Orchestra and the string quartet Brooklyn Rider, respectively. The recording appeared as The Imposter in August of 2013.

Fleck's next recording was also a double-billed collaborative effort with his wife, fellow banjo maestro and composer Abigail Washburn. The self-titled recording featured originals, traditional songs, and a thoroughly reimagined medley of two sections of Béla Bartok's "For Children" combined with his "Children's Dance." The album was released by Rounder in October of 2014. The late summer of 2015 saw the release of Two on Concord, a duet album between the banjoist and pianist Chick Corea. It was compiled from over seven years of their live performances. In 2017, Fleck released the contemplative Juno Concerto. Named for his firstborn son, the album was recorded with the Colorado Symphony, and included a pair of tracks with the Brooklyn Rider string quartet. That same year, Fleck and Washburn collaborated with the dance theater troupe Pilobus for an original work commissioned by the American Dance Theater entitled Echo in the Valley. The title, as well as some of the material, adorned Washburn's and Fleck's second duo offering. It featured the pair performing on seven different banjos "ranging from a ukulele to an upright bass banjo." With an emphasis on three-finger and clawhammer styles, the arrangements reflected the necessity of being performed live. Outside of a few adaptations of traditional tunes, including Clarence Ashley's "My Home’s Across the Blue Ridge Mountains" (transformed into a blues), and a studio recording of their oft-played live medley "Sally in the Garden"/"Molly Put the Kettle On," the remainder of the material was co-written by Washburn and Fleck and reflects various narrative points of view and historical and topical concerns. Echo in the Valley was issued in October.

The rustic, wide-ranging sounds of singer/songwriter Abigail Washburn appear so genuine and natural, they must come from a person who grew up surrounded by folk and bluegrass. The way Washburn developed her style is much more complicated, however, as it involves China, lost banjos, and the rock group Collective Soul. Although Washburn grew up singing, she had no desire to become a professional musician, and part-time gigs as a backup vocalist in reggae, gospel, and R&B bands were nothing more than fun.

But a trip to China in 1996 changed all that. Picking up the native language faster than she imagined and falling in love with Chinese culture, the young Washburn began to change her priorities. Reconsidering the culture of her own homeland, she bought a banjo and decided to explore the rich heritage of folk and bluegrass music. Mastery of the instrument didn't happen right away, and fans of Washburn's banjo style might be shocked to learn she went years without even touching the instrument. Later, she was living in Vermont and working as an activist when her good friends the Cleary Bros. Band lost their banjo player after scheduling a tour of Alaska. Blowing the dust off her banjo, Washburn began a crash course in playing the instrument, eventually joined the Cleary Bros. Band and was soon off on her first tour.

Performing in front of an audience fit like a glove, and soon Washburn was assuming lead vocals as well. With the tour completed, Nashville was the budding musician's next stop. While living there, she continued her banjo studies and began to write songs. In 2004, she met Jingli Jurca, who would help her write her first song in Chinese, as well as K.C. Groves, a founding member of the old-timey string band Uncle Earl. Washburn joined the second incarnation of Uncle Earl and appeared on the band's 2005 album, She Waits for Night. Keeping her solo options open, Washburn then entered her song "Rockabye Dixie" into the Chris Austin Songwriting Contest at MerleFest. The tune took second place and attracted the attention of Nettwerk Records.
Song of the Traveling Daughter After signing with the label, Washburn played a mini-tour of China before returning home to record her debut with such accomplished musicians as Béla Fleck, Jordan McConnell of the Duhks, and Ryan Hoyle of Collective Soul. The resulting Song of the Traveling Daughter appeared in 2005, and Washburn returned to the Asian continent to tour as part of the Sparrow Quartet (which also comprised Fleck, fiddle virtuoso Casey Driessen, and cellist Ben Sollee). The U.S. government sponsored the tour, making Washburn the first musical artist to receive such an honor. The Sparrow Quartet explored a blend of Eastern and Western folk traditions on their 2008 effort Abigail Washburn & the Sparrow Quartet. In January of 2011, Washburn released her third effort, issued on Rounder; entitled City of Refuge, it was produced by Tucker Martine (who also played drums on the set) and featured a slew of guests including Bill Frisell, Jeremy Kittel, Viktor Krauss, and Kenny Malone.

After a global tour and the birth of her son, she and Fleck (her husband) were finally able to realize a long-held dream: to record a collaborative album. The self-titled set contained originals, traditional songs, and a thorough reimagining of Béla Bartok through a medley comprising two sections of the composer's "For Children" and "Children's Dance." The album was released by Rounder in October of 2014 and took home the Grammy Award for Best Folk Album the following year.

In 2017, Washburn and her husband collaborated with the dance theater troupe Pilobus for an original work commissioned by the American Dance Theater entitled Echo in the Valley. The title, as well as some of the material, adorned Washburn's and Fleck's second duo offering. The album features the pair performing on seven different banjos "ranging from a ukulele to an upright bass banjo." With an emphasis on three-finger and clawhammer styles, the arrangements reflect the necessity of being performed live. Outside of a few adaptations of traditional tunes, including Clarence Ashley's "My Home’s Across the Blue Ridge Mountains" (transformed into a blues here) and a studio recording of their oft-played live medley "Sally in the Garden"/"Molly Put the Kettle On," the remainder of the material was co-written by Washburn and Fleck and reflects various narrative points of view and historical and topical concerns. Echo in the Valley was issued in October 2017.
20
What's This
Advertisement