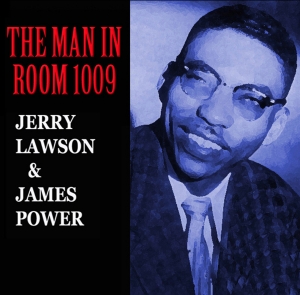 A New Jersey born singer/songwriter/musician, raised in the suburbs of Philadelphia, on everything from R&B to Gospel to Country to Rock n’ Roll to Folk to Pop, infusing many elements of the various genres into the songs to create a timeless, Americana style of music. Songs with strong melodies and filled with heart & soul.

After performing in bands for over 20 years, as a guitarist, pianist, and vocalist (lead and backing), playing everything from Progressive Rock to Country/Blues, in 2007 James decided to release the kind of music closest to his heart and that has always been most natural to him: a more personal, soulful, and roots-based Americana style of music.

About Jerry Lawson
Jerry Lawson, who recently released an extraordinary album of a cappella music with the vocal group Talk of the Town, is arguably one of the most important figures in the genre of a cappella (singing without the use of instrumental accompaniment). Born in Fort Lauderdale, Florida, and raised in Apopka, Florida, Mr. Lawson grew up listening to artists such as Claude Jeter & the Swan Silvertones, Sam Cooke, Brooke Benton, Reverend Julius Cheeks & the Sensational Nightingales, to name just a very few.

Jerry Lawson may be best known as the founder, lead singer, producer, and arranger for the Persuasions. He performed with the Persuasions for 40 years creating 22 albums. They undoubtedly did more to popularize a capella then anyone else before or since. Lawson launched a solo career in 2004, which has included his astonishing work with Talk of the Town. Following hurricane Katrina in 2005, Rod Stewart performed with Jerry Lawson on a national broadcast benefit to aid disaster victims. With a voice and energy unlike any other in music, Jerry Lawson remains a genre of music unto himself.