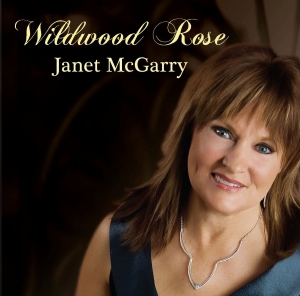 For over fifteen years, Janet McGarry has continued to be a dominant presence in bluegrass music, both at home and abroad. She has shared stages with some of the most revered performers of this genre, and of her time. With ten albums to her credit, each have earned her awards, accolades, and much deserved respect from the music industry. Among her most significant career accolades, Janet is now a "Daughter of Bluegrass", which is a leading group of female bluegrass artists. Janet appears as a leading artist on the cd "Bluegrass Bouquet", the group's third collaboration on Blue Circle Records. Janet will also appear on the upcoming release of another "Daughters" project. Janet is also a five-time "Female Vocalist of the Year" at the Eastern Canadian Bluegrass Awards, the industry's highest accolade in Eastern Canada.

Coming from a musical family, her father, Peter, and brother, Raymond involved her in the local music scene as soon as they discovered her love of performing to audiences. Performing before live audiences in little country halls during those early years provided Janet with a strong passion to sing. These were the building blocks that led her to share her love of music and simply sing what was in her heart.

Encouraged by fans and friends she met along the way, she recorded her first cd in the year 2000, which was a collection of bluegrass songs from her idols, and new material penned by local songwriters. That same year, she met her long-time idol, Hazel Dickens, at IBMA (International Bluegrass Music Association), in Louisville, KY. Janet found a treasured friend and mentor in Hazel. In her lyrics, Janet found words to live by and she would be compelled to include one of Hazel's songs in each of her recordings.

Winding forward through the years, Janet forged wonderful friendships with her peers in the industry across the miles. Her most dearest ones, by far, are her fans. Janet remembers every sign of affection, stories shared, tears shed, and carries each and everyone of her fans in her heart, dearly. It is what is heard in her voice; an understanding, a remembering. Her voice is centred and rooted in her heart, which is perhaps why she is so often recognized for having an honest and crystal clear voice, drawing comparisons with some of the most soulful voices of our time.

On each of her albums, Janet stays true to the qualities that make her albums unique, and while branching out musically and exploring new sounds from time to time, the essential elements remain the same.

"Wildwood Rose" is a special cd for Janet, her 10th recording. To celebrate this milestone, Janet called on some of the industry's finest to help her. Long time friends, Heather Berry-Mabe and Dale Ann Bradley, along with Steve Gulley provide superb harmony vocals, and the cd was mixed and mastered by Steve Gulley of The Curve studio in Cumberland Gap, TN. This milestone cd is indeed a true treasure to have in your collection.

One might say that Janet has come full circle. In many ways, she's travelled far distances while staying close to home. She enjoys singing to audiences great and small, young and old, as much today as in those early days, and most of all, enjoys the people she meets along the way. Her love of singing has been a gift she continues to share with those around her. Be sure to stop by and introduce yourself after a show or concert - she'd love to meet you!