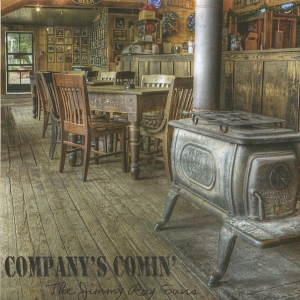 I began playing guitar at 13 and formed a band with two friends. Our only gig was at the theatre on Main Street in LaPorte, Texas.I played in local bands till I landed a job with a full time working band based mainly out of San Marcus Tx.. Bill Whitbeck, who's been touring, writing songs and recording (bass on every track) with Robert Earl Keen for the last 17 years, played bass in the group. We shared a small frame house in Luling Tx. and our heat in the winter was a cast iron wood stove. The band was fronted by Joe Bob and Cindy Burris, who'd recorded in Nashville, Tennessee, performed on The Porter and Dolly (Parton) Show as 'The Burris Young'ns' and toured with Buck Owens. We travelled ceaselessly for two years. I played steel on my first recording with this band.

Next, I formed a band in Austin playing venues on Sixth Street (a fantastic street with bars and clubs on either side for blocks, usually packed with college kids) and dance halls in many local towns. We stayed together about two years. I then started a family and worked as a carpenter.

My band at the time consisted of myself, guitar/ vocals, Mark Ort, guitar/ vocals, Lew Lewellyn (toured with Joe Cocker) and Phil Rees, bass. We recorded a single (two of my original songs) at Don and Alice's Limelight Studios when we traveled to LaPorte to play a gig.

Next, I moved my family to LaPorte thinking I'd make better money playing and working in the Houston Tx. area. I formed 'The Burning Timbres Band' and recorded a CD playing my own steel, guitar, fiddle and singing all the vocals. I wrote all the tunes and was booked on the strength of that CD to warm up for Randy Travis, Tanya Tucker and Louise Mandrell at a Republican National Convention. I followed President George Herbert Walker Bush.

I then took ten years 'off' gigging to work almost full time as a carpenter and to raise my children. One, Frank, has worked extensively for NASA. He wrote the software for the robot currently on the International Space Station and is pursuing his Doctorate in electrical engineering at MIT in Cambridge, Mass.. One, Lauren, is pursuing her Master's degree at UCLA, following in the footsteps of my mother, a retired Psychologist. Another of my children is our (fantastic) bassist.

During this time I wrote and recorded (at Limelight Studios) a CD entitled "Fightin' Fire With Firewater". Lauren, who reached first chair at LaPorte High School, played flute and my brother played fiddle. My band, 'The Burning Timbres Band', consisted of Myself, Pianist/ bassist John Blau, and drummer Danny Height. We used Ray Price's upright bassist, Doug Driesel on eight tracks and one of my old gigging buddies, Patrick Sloan, on the remaining two. Tracks played on several radio stations and whet my appetite to make a recording that could better compete with the best Country getting played today on the big stations.

That is part of what this CD all about. A really great recording that might do well on the radio but also my ongoing quest to make each recording a little better than the last.

He's perhaps best known as the Fiddler on Clint Black's Platinum selling 'Killing Time' album which had five #1 records. John was a featured fiddler/ vocalist at Gilley's during it's most popular period for years, toured with Clint for two years, Johnny Bush for several years, Johnny Lee for a couple years and Moe Bandy for most of the eighties. He's appeared with Dwight Yoakam, Willie Nelson, David Allen Coe, Robert Earl Keen, George Strait, Dolly Parton's Dixie Stampede, Jack Green, Barbara Fairchild and MANY others. Because John is my brother, I feel qualified to say his fiddling and vocals have been improving since he started playing at LaPorte (Tx.) High School and continues to improve to this day due to his great work ethic. I've never known him to miss a day where he doesn't get his fiddle out and practice at least an hour. Those days often include sessions and gigs.

Joseph is my son. He has many interests because he's a graduate with a business degree from UH Houston and plays a lot of baseball, tennis and golf. He's 25 and been playing bass with me for several years. He played trumpet (and football) for 2 years at LaPorte Jr. High (Tx.) and 3 years at LaPorte (Tx.) High School in the marching band. I bought him his first bass at 13 and and he really loved it. He played his first gig with a band at a LaPorte High School talent contest. He loves singing and playing at my live shows. His bass playing speaks for itself on every track. Almost ZERO overdubs were used (where he played a part again trying to improve it). He contributed an incalculable amount over the course of about a week of recording with his own creative artistry on the bass. This was his first recording and I'm sure it won't be the last.

I met Joe through Brian Thomas and though we've only played together on recordings, I really look forward to doing live shows with him because he's the most solid drummer I've ever worked with. He nails tracks quickly, many times on the first take with almost no rehearsal. He played on the recordings that were the framework of the album '(Between) The Red and Rio Grand' with Doug Supernaw at Limelight Studios in Dickenson Tx., headed by Don Westmoreland along with Brian Thomas. With other players that worked on those sessions, Joe, Brian and Doug toured the United States performing several hit records to huge crowds.

He's known as 'Mr. Honky-tonk piano' and "For over 20 years of featured appearances on television and in concert as a member of the Johnny Cash Show'. His "crowd-pleasing performances at major fairs, venues and rodeos throughout the United States and Canada" are legend. Earl has played with Merle Haggard, Glen Cambell, Linda Ronstadt, The Flying Burrito Brothers, Buck Owens, Freddie hart, Marty Robbins, Marty Stewart, Jerry Lee Lewis, Carl Perkins and many, MANY others.

What a joy it was to meet and play with this fine musician. I was introduced to him by my brother, who worked with him on at least one recording session. They both had played with some of the same major artists.

He started at age 6 and was a session player by 16 and is known as a 'guitar virtuoso'.

He burnished his skills with a lot of bands on the east side of Houston (mine included) before relocating to San Marcos where he is a regular performer at Cheatham Street Warehouse, a Texas bar where George Strait, Jerry Jeff Walker, Steve Ray Vaughan (& li'l ol' me!) and many other nationally known acts have been on stage. Big John holds his annual 'BIGfest' there and each year it draws a full house for three days. It is broadcast live on the radio. Besides being a fine guitarist, he's a great vocalist with original songs that have played on radio stations all over the state of Texas and beyond. His website is: bigjohnmills.com

He's best known for being on the road as George Strait's fiddler for close to thirty years. He's performed on several of George's hit records. For about ten of those years, he also 'bus-hopped' between Strait and Lyle Lovett's Large Band. He's recorded with Joan Baez, Lucinda Williams, Pat Green. Robert Earl Keen, Townes Van Zandt, Terry Hendrix, The Flatlanders and MANY others. If he chose to do so, he could also make a living playing drums.

He's playing on my version of Ray Charles' "Let's Go Get Stoned" on this CD. There are four songs on my next CD, already in the mixing stage, that feature Gene's excellent playing.

Jenny is the go to girl for background vocals at The Zone. She can be heard belting out a cool, bluesy vocal on 'Let's Go Get Stoned'. She'll be featured again on the followup to this CD.

All the tracks were recorded at The Zone with the exception of the rhythm track on 'Let's Go Get Stoned", which was recorded at Astra Studio, owned by Keith McCoy and run by Brian Thomas in Channelview Tx.. Most background vocals were done at Brian Thomas' home studio in Porter Tx.. I owe a huge debt of gratitude to the talents of everyone on this recording.