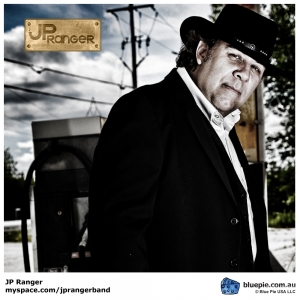 The JP Ranger Band is based in Ottawa, Canada and is made up of four veteran musicians who, through the years, have mastered various music styles ranging from: Rock, R&B, Pop, Americana, Blues, Classic, Prog Rock, Country and Folk.

JP began singing and playing acoustic guitar to audiences at age nine and formed his first band by age 12. His early music years were filled with music from The Beatles, Bob Dylan, Roy Orbison and Johnny Cash. He then was exposed to seventies groups such as Deep Purple, Led Zeppelin, heart, Pink Floyd and ELP. The eighties and nineties exposed him to artists like Annie Lennox, Sting and Carly Simon. JP continues to be influenced by today’s World music.

Around 2004, JP teamed up with four solid musicians who played Chicago-style Blues, Rock and Jazz. The group explored many styles and eventually, chemistry emerged from this five-piece band.

What makes the JP Ranger Band interesting and cool is the way they can 'turn on a dime' and play a heavy Rock piece, and then switch over to an R&B song or another music style, and retain the audience’s attention, while maintaining a cohesive band spirit. The audience also transcends all age groups. The band likes to think there is no such thing as ‘age’.

"You just never know what they're going to play next, or where they're going to take you musically. You’re into every moment, and you enjoy each song to the last drop", one fan wrote of their live shows.

Allow the music to do the talking and immerse yourself in the blend of rock, RnB & Americano that the JP Ranger band offers.